The legendary GM designer was inspired to work for the company after seeing the Cadillac Cyclone concept at the Philadelphia Auto Show as a young boy. Welburn got his dream job in 1972, when started as an Associate Designer in the GM Advanced Design Studio before being moved to the Buick exterior design studio where he helped design the new Buick Riviera and Park Avenue. He then spent over 10 years designing for Oldsmobile, where he penned the painfully cool Aerotech speed record car, the Antares Concept and the production Intrigue, among more.

Welburn then put in a short stint at Saturn in the mid and late 1990s before being appointed as the Vice President of GM Design North America on October 1, 2003 – making him just the sixth GM design leader in history. More impressively, he was also appointed as the first person to lead GM’s entire global design portfolio in 2005 and sat on the company’s Executive Leadership Team. 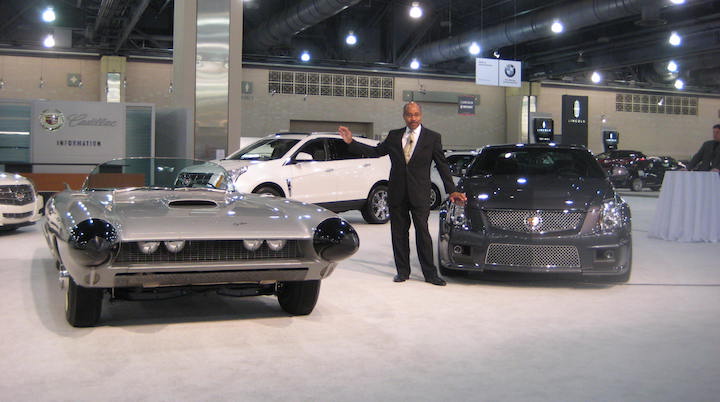 Welburn and the car that started it all for him – the Cyclone Concept.

Welburn retired from the company in 2016, but as he explained in a recent interview with local Detroit automotive talk show Autoline After Hours, there are some designs he was heavily involved in before he retired that still haven’t come out. One car that he had a particularly heavy influence on was the next-generation Corvette due out this year – which should be welcome news for anyone who was a fan of the Welburn-era of GM design.

Welburn also touches on some other interesting topics including what he thinks of current GM designs, what car he wants back, the new technologies that are available to car designers, the future of auto shows and more. You can watch the hour plus long interview with Welburn embedded above – if you appreciate insights into the past, present and future of GM, you won’t want to miss it.