The Chevrolet Colorado is considered to be the catalyst for injecting some life into the midsize truck market, where offerings from Nissan and Toyota remain long in the tooth, but strong sellers nevertheless. The entire segment is currently enjoying growth, and new entrants from Ford and Jeep suggest that the space will grow even further.

As it stands, the Chevrolet Colorado ZR2 currently makes up about 10 percent of total Colorado sales, according to Chevrolet truck marketing director Sandor Piszar. According to official sales data, the Chevrolet Colorado tallied 134,842 US sales in 2018. Beyond the formidable ZR2 is the extreme Colorado ZR2 Bison, which tops the Colorado truck lineup in off road capability, and price. And despite the $48,045 starting MSRP, demand for the truck has been white hot out of the gate, as all 2019 model year Colorado ZR2 Bisons have been effectively spoken for by dealers. Because their demand is outweighing supply, the Bison has is effectively “sold out” from a Chevrolet perspective.

If there are any left on Chevrolet dealer lots, customers will have to be vigilant in finding them. 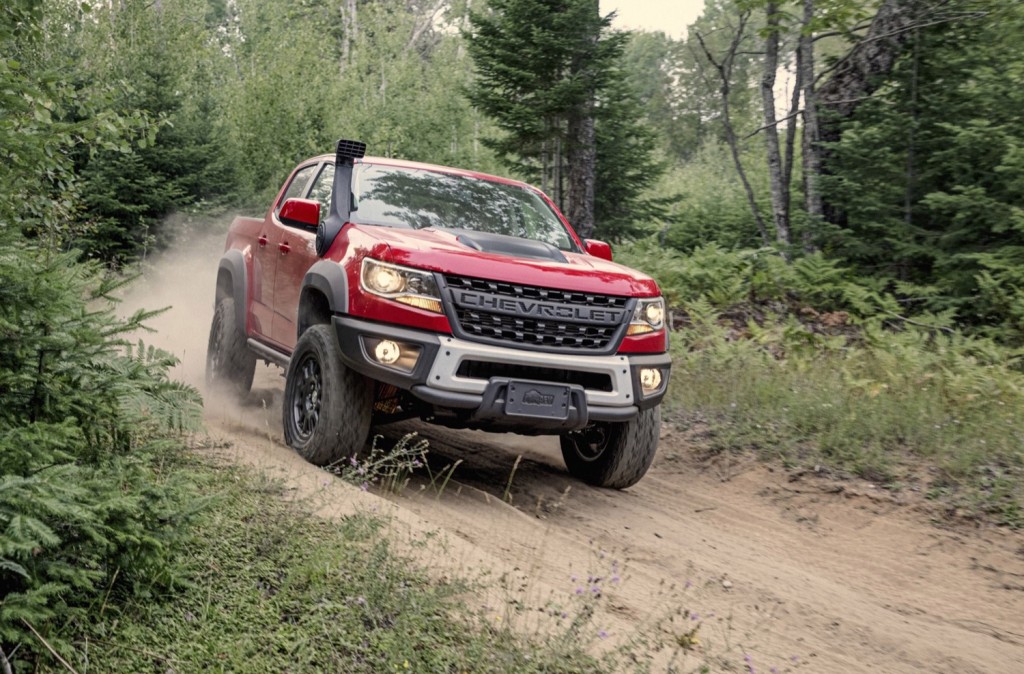 Piszar told GMA during the 2020 Chevrolet Silverado HD reveal that GM and American Expedition Vehicles – the outfitter that fortifies the ZR2 Bison with its most rugged off-road parts – allocated 2,000 units for the 2019 model year. Expect strong demand to carry on into the 2020 model year. Observed demand for the Colorado ZR2 Bison also suggests that the market still has an appetite for apocalypse-ready trucks and SUVs that are ready to retreat off the road, and off the grid, should the occasion call for it. The minds at Chevrolet likely recognize this.

The 2019 Chevrolet Colorado ZR2 Bison launched in November of 2018 with a drive event in Arizona, where Chevrolet invited the media to drag the boron steel plated bellies of these beasts across relentless rocks that would have sheered lesser vehicles into pieces. The metal of the Bison imposing its will on the stones is a sound we won’t soon forget.

As for further collaborations between Chevrolet and AEV, Piszar mentioned that there’s “nothing to announce at this time.”

Update: A previous version of this story did not clarify the terms of how the Bison is “sold out.” It’s now been defined as maxed out dealer orders, and not that individual customers have somehow bought every ZR2 Bison.