The Pontiac Firebird was made famous by Burt Reynolds. But a decade before the Screaming Chicken flew across the silver screen in 1977’s Smokey and the Bandit, the Pontiac Firebird was a Camaro in mild Pontiac clothing, showing up to combat the Ford Mustang. Both the Chevrolet Camaro and Pontiac Firebird rode on General Motors’ F-Body platform. It’s one of those early Firebirds that is now heading to auction in April during Mecum’s Houston event. Except this 1967 Pontiac Firebird isn’t a meticulously restored example—it’s a restomod with a wild, modern interior that could turn off some hardcore Firebird purists.

This 1967 Pontiac Firebird is known as “The Essence of 1967.” Maurer Hot Rods of Fairbury, Illinois built the car in 2010, which went on to win multiple awards for the craftsmanship, including ISCA and Goodguys. The car is heavily modified inside out. The side rocker panels were lowered by two-and-a-half inches with the side exhaust molded into the underside. The cowl vents were filled and spoiled while a sculptor rear spoiler was added. Up front, there’s a custom stainless grille. 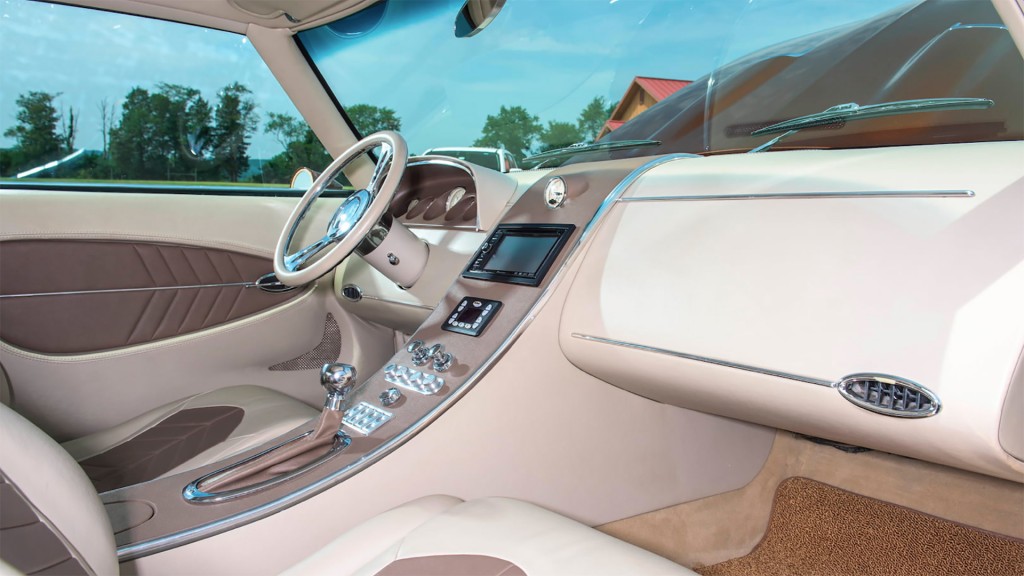 There is no information about the interior—likely the most controversial part of the Pontiac Firebird. From the photos, the interior appears relatively modern with a sweeping center console that stretches from the dashboard to between the front two seats. There’s an infotainment system, various unspecified controls, and the shifter.

Under the hood is a 450-horsepower LS2 V8 engine paired with a 4L65E automatic transmission and Ford nine-inch rear end with Moser 33-spline axles. There is a Typhoon manifold, headers, and custom programming. The Firebird features a modified Heidts Pro-G subframe and air ride Shockwave suspension. Stopping power comes from Wildwood brakes. The car has staggered 18- and 20-inch Intro wheels wrapped in Nitto tires.