A multi-million-dollar car locked away in climate-controlled storage unit—likely an underground bunker once used in a Jame Bond movie—is a trope. Far too often, those with the cash to enjoy the rarest, most expensive, and unique automobiles the world has ever offered, buy them for equity. It’s an investment that they can sell later for a profit to someone with even more cash and a larger underground bunker. Not all owners are created equal. A recently resurfaced video from 2016, discovered byMotorious, shows a rare, $10 million 1963 Chevrolet Corvette Grand Sport out driving in the snow.

The video is from the Simeone Foundation Automotive Museum and its Demo Days, which is where the museum offers the opportunity for people to see some of the cars in its collection driven. However, during the April 2016 event, a snowstorm decided to make an appearance—the museum is located in Philadelphia. Many thought the museum would forego a live demonstration of the museum’s prized vehicles considering the weather, but nope. They drove them in the snow. 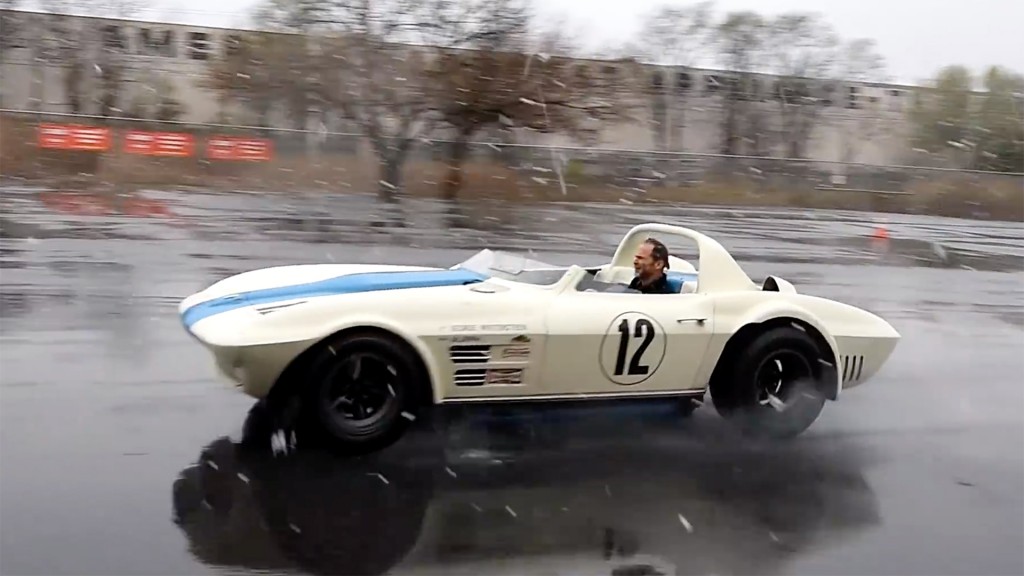 The video is quite a sight to see. The rare 1963 Chevrolet Corvette Grand Sport zooms back and forth across an empty parking lot, the driver, exposed, smiling, as snow falls from the sky. It’s not something you’d expect to see every day, which makes it all the more enjoyable. It’s also crazy to think General Motors built just five examples, and here’s one of those few examples driven in inclement weather. Just for kicks.