Jack Baruth at Road & Track has taken a deep dive into Motus’ small block LS-based V4 engine and the possibilities of such a powertrain—and boy, are the possibilities endless. For the uninitiated, Motus MST was a newly founded motorcycle builder based in Alabama, but the company has since ceased production of the two-wheeled fun machines. However, the company is continuing to produce its American small block V4 engine—a Chevrolet LS-inspired powertrain that could pack a serious punch with a few modifications.

Motus used the engine to power its motorcycle, making either 160 or 180 horsepower and over 120 pound-feet of torque. From the outside, that’s not much to sneeze at; however, thanks to its initial design, Baruth points out that the engine is capable of accepting larger bore and stroke measurements, potentially increasing horsepower to around 220. Baruth takes his thought experiment even further, discussing supercharging and turbocharging, which could allow the powertrain to make 320 hp or more. That’s a lot of punch for an engine that weighs around a spritely 150 pounds in its from-the-factory configuration. 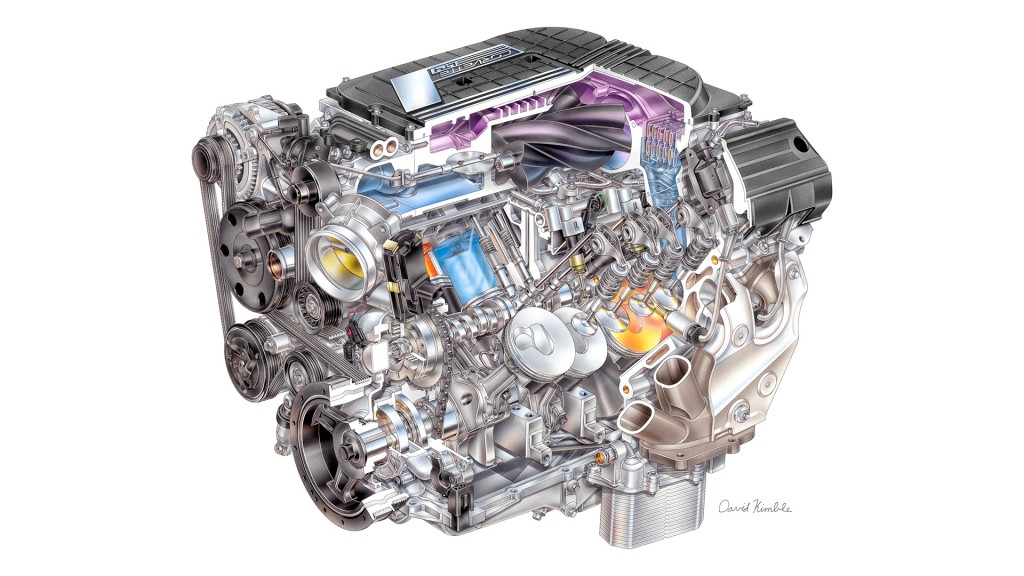 According to Baruth, Motus has quoted the crate version of the small block LS V4 Engine at $10,220, which is a lot of money, even comparable to an LT1 crate V8. However, what you get with the LS V4 engine is a power-dense powertrain with endless possibilities. Baruth has always dreamed of a four-cylinder Corvette, and the LS V4 engine only stokes the flames of such a fantasy.

While Motus’ American LS V4 engine sounds great, industry-wide adoption of a mass-produced model appears folly. The engine sounds great on paper, but convincing automakers to shove these engines in their newest cars is the difficult part. Some car companies already use a small block V4 engine via cylinder deactivation—giving consumers the combined benefit of improved fuel economy when cruising and V8 horsepower and torque when pushing the car hard. For example, General Motors offers the technology, calling it Active Fuel Management. Right now, the LS V4 engine in production cars is just a dream, even if could make today’s fuel-conscious economy cars more fun to drive.