Upon the departure of Dan Ammann for Cruise Automation, Mark Reuss has been promoted to President of General Motors. However, he has not abandoned his multiple duties as head of Global Product Group, as well as President of Cadillac. Along with his new role, Reuss will also absorb responsibility for all vehicle quality. It was previously announced that GM CEO Mary Barra took on the oversight of GM Financial, which was another responsibility of Ammann’s.

Mark Reuss has a background in mechanical engineering from Vanderbilt University, and began his GM career as a student intern in 1983. He has held numerous engineering and management positions, including chief engineer of GM’s large luxury vehicles and manufacturing body shop tooling launches. In 2001, Reuss created and led the GM Performance Division while serving as executive director of Architecture Engineering. In this role, he was responsible for GM’s racing vehicles including the Cadillac V-Series products and SS-branded Chevrolet vehicles. In 2005, he was appointed executive director of GM’s North America Vehicle Systems and Architecture, and a year later was named executive director of Global Vehicle Integration, Safety and Virtual Development.

Mark Reuss has been VP of global product development since late 2013. In June 2018, Mark Reuss was named Executive Vice President and President, Global Product Group and Cadillac. Additionally, he serves on the board of GM China’s joint venture, and is a member of the GM Senior Leadership Team. 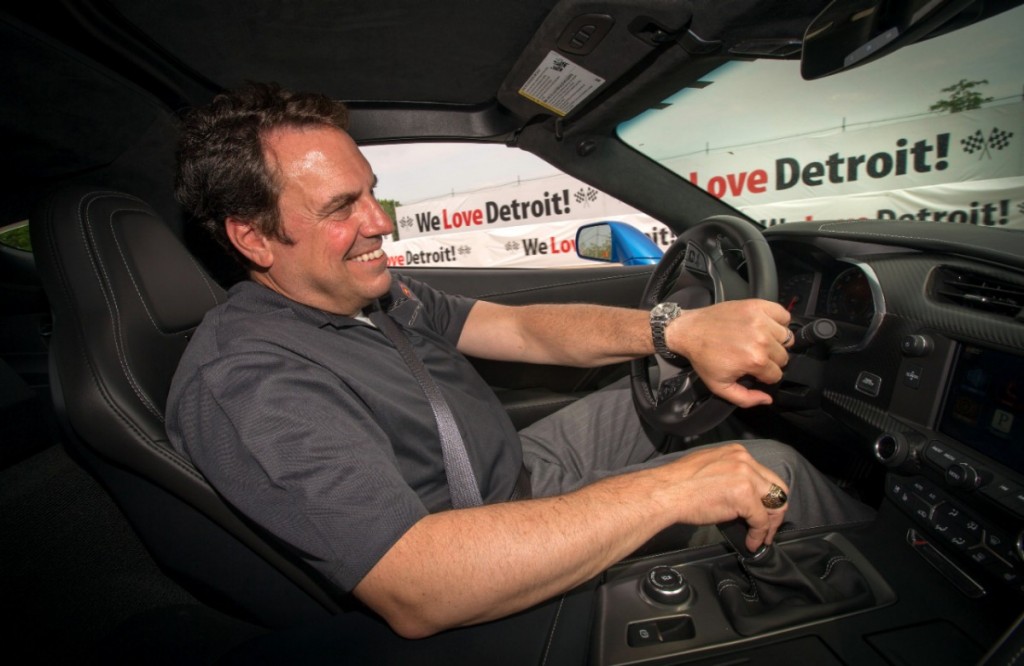 In 2009, Mark Reuss was President of General Motors North America, responsible for GM’s performance, manufacturing, portfolio and dealer network. Alan Batey currently is in this role.

Reuss also served briefly as GM’s vice president of global engineering after spending two years overseas as vice president and managing director of Australia and New Zealand. During this time, he was a member of the GM Asia Pacific Strategy Board.

Mark Reuss is a certified industry pool test driver on the North Course of the Nürburgring Motorsport Racetrack in Germany, and is licensed for FIA C and IMSA Road Racing. His first car was a 1967 Chevrolet Camaro, which he bought and restored himself. In 2018, he was honored as the Enthusiast of the Year at the Concours d’Elegance of America.

Reuss is a member of the Duke Fuqua School of Business Board of Visitors and is GM’s Key Executive at Duke University. He also serves on the Board of Trustees of The Henry Ford, the Skillman Foundation, Cranbrook Schools, Horizons Upward Bound, Detroit Workforce Development Board, the Detroit Education Coalition and the CEO Leadership Group on Regional Economic Development.