Jimmie Johnson has debuted the new paint scheme that will adorn his No. 48 Chevrolet Camaro ZL1 for the 2019 Monster Energy NASCAR Cup Series season.

The paint scheme consists of a gloss black base with a multi-tone pink and purple Ally livery laid overtop. Johnson’s signature highlighter yellow ’48’ has returned, of course, and is joined by a matching yellow decal of Ally’s tagline ‘Do It Right’ on the rear quarter panels.

The new Ally Financial-sponsored car represents a departure from the Lowes-branded Chevys that many JJ fans have been accustomed to. The hardware store chain announced it would not renew its sponsorship deal with Johnson and Hendrick Motorsports last year, with the No. 48 team finding a new primary backer in the way of the Detroit-based banking firm.

“This is an exciting beginning with Ally, and we wanted a car that conveyed that excitement to our fans,” Johnson told NASCAR after debuting the car this morning. “Personally, I’ve put a ton of time in on this paint scheme to help our team develop the new look.”

“We wanted Jimmie and fans throughout the country to love the car, so we were ecstatic that he took such a hands-on approach to developing a paint scheme that would stand out and his fans would embrace,” added Ally marketing boss Andrea Brimmer. 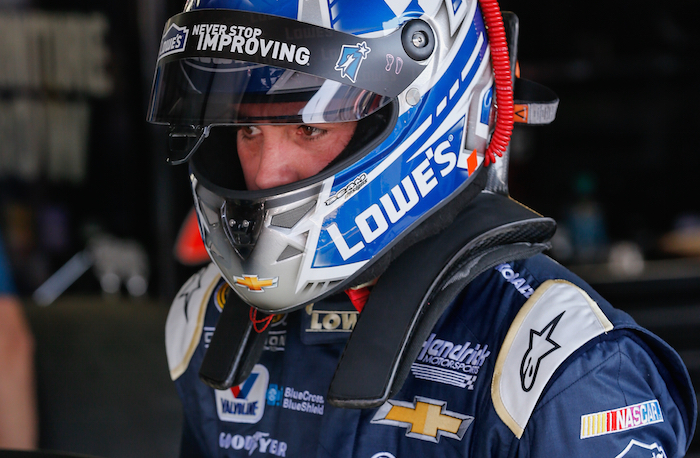 Johnson is contracted to race with Hendrick Motorsports through to the end of the 2020 racing season. After struggling in recent years, Johnson will be looking to put up some strong results as his contract begins to wind down.

“I’m invigorated as we chase an eighth title,” he said. “I feel like we have something to prove.”

The 2019 Monster Energy NASCAR Cup Series will kick off with the 61st running of the Daytona 500, coverage of which will start at 2:30 PM ET on Sunday, February 17th.