GM assembly plants use a variety of specialized processes and tools to ensure the quality of the vehicles coming out of its assembly plants meets or exceeds its standards. In the past, we’ve told you that these include high-tech precision robots, ostrich feathers in the paint shop, and the gap stick to measure body panel tolerances. Today, we’ll tell you about a tool called the Door Velocity Meter, which is used to ensure that just the right amount of force is needed to open and close the doors of a vehicle. 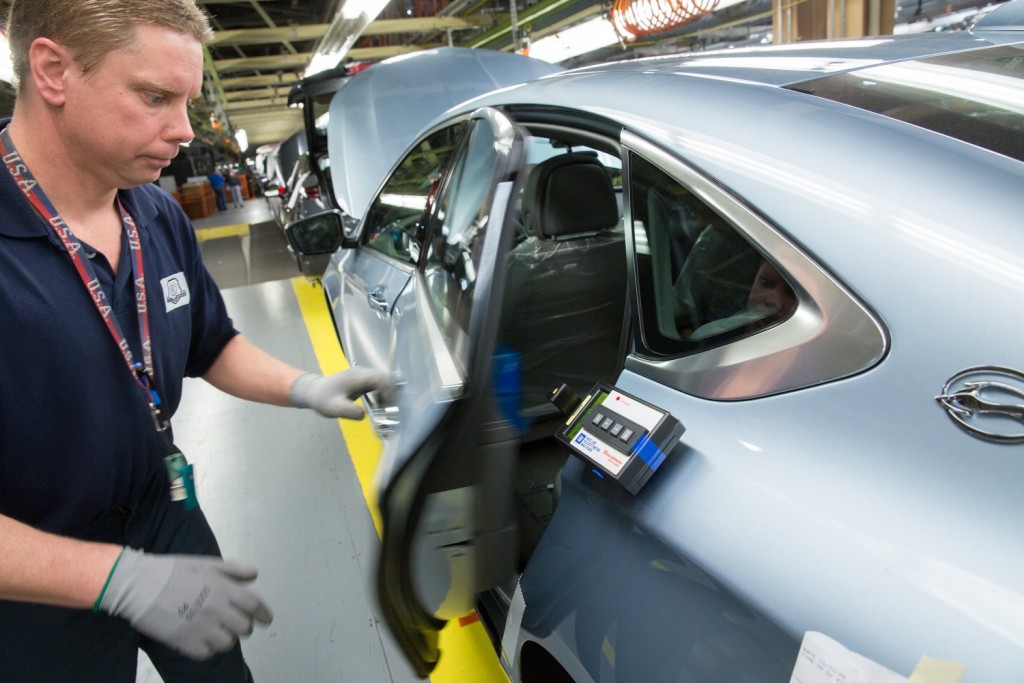 Designed and patented by General Motors, the velocity meter is used after panel fit and flushness levels have been achieved. The high-tech tool attaches to the body of a vehicle using magnets, and calculates the door closing effort. 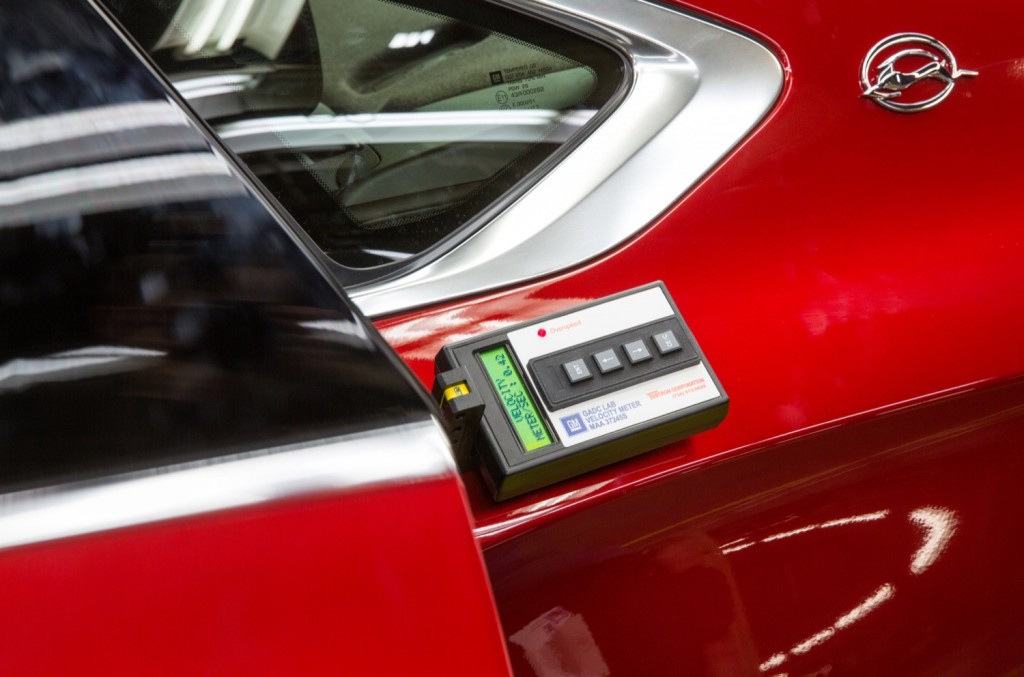 The recorded result must meet a required velocity that translates to force (effort). If it doesn’t, then the door mechanisms (and potentially the alignment) are recalibrated, and the test is performed once again, so as to meet the GM’s quality standards. So, there’s one more way in which GM ensures that the doors on its vehicles open and close with not too little and not too much force.