The timeline for the shares were as follows: 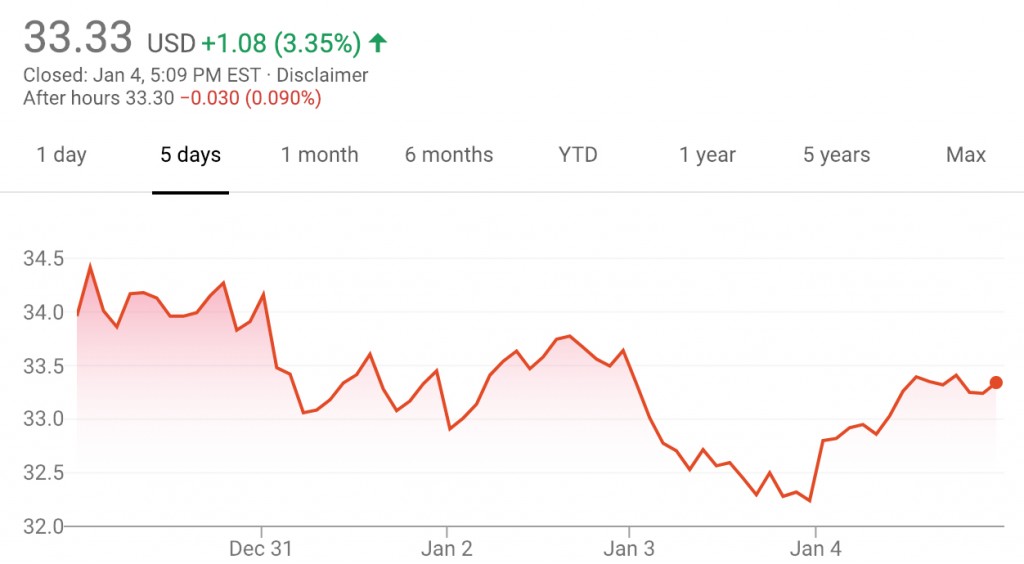 General Motors Company shares during the week of December 31st, 2018

Despite these notable moves, the $33.33 per share closing price of GM stock is nearly identical to the $33 per share value of the “New GM’s” Initial Public Offering (IPO) in November 2010 on the NYSE, a circumstance that has many investors frustrated.