The timeline for the week was as follows: 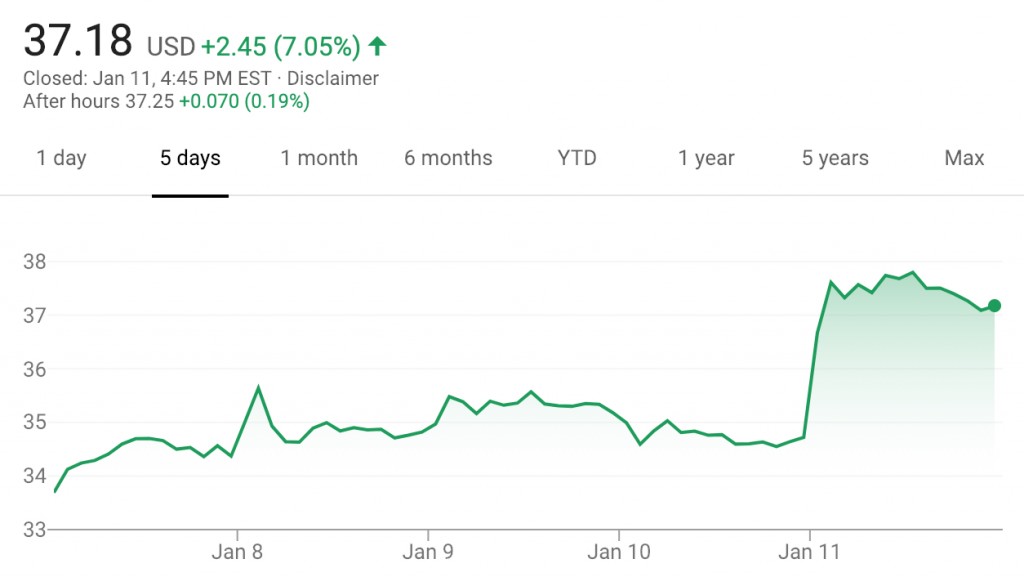 Overall, it was a very good week for GM shareholders, considering the 10 percent jump in share value. By comparison, Fiat Chrysler Automobiles and Ford shares experienced slight growth this week, crossing the $16 threshold, while Ford shares climbed to nearly $9 per share.

The growth in GM shares came on the heels of a GM investors conference that took place on Friday morning. During the presentation, GM provided insight into its strategy and impending vehicle launches, while showing investors the next-generation Cadillac Escalade, a Cadillac sports car, while providing details on its electric car strategy as well as future models derived from the GEM platform for developing markets.

Despite these notable moves, the value of GM stock has remained close to the $33 per share value of the “New GM’s” Initial Public Offering (IPO) in November 2010 on the NYSE, a circumstance that has many investors frustrated. However, this week’s rally is extremely welcome news and gives more hope for a brighter future.