General Motors has just been granted a patent for a system that can enable older cars to be retrofitted with autonomous/self-driving technology, GM Authority has discovered via documents in the United States Patent and Trademark Office (USPTO) database.

Assigned serial number 10,167,015 at the United States Patent and Trademark Office (USPTO), the GM patent was originally filed on May 10th, 2016 and granted on January 1st, 2019. Titled “System for retrofitting vehicle automation”, the patent lists the following inventors:

The relevant work was carried out in San Francisco by GM Cruise LLC, and Vogt is the co-founder of Cruise Automation. He currently serves as Chief Technology Officer of GM Cruise.

GM has developed a system for retrofitting vehicle automation, which could be applied to conventionally-operated vehicles with the addition of a few components.

Everything about autonomous vehicles is expensive, from the development of systems and algorithms to the components necessary for them to operate. As a result of the associated costs, even when self-driving vehicles become technically viable, the safety benefits will be limited to those who can afford the technology. According to the document, there is a need to create systems for retrofitting autonomous driving technologies to vehicles not originally equipped with the tech.

GM’s vision for retrofitting vehicle automation is actually fairly simple in principle: the vehicle will be given a new central computer which will operate in tandem with the original factory ECU. Information will be fed to the central computer via a rooftop-mounted sensor suite and a nose-mounted RADAR unit. Existing vehicle data will be accessed via an OBD II connection. 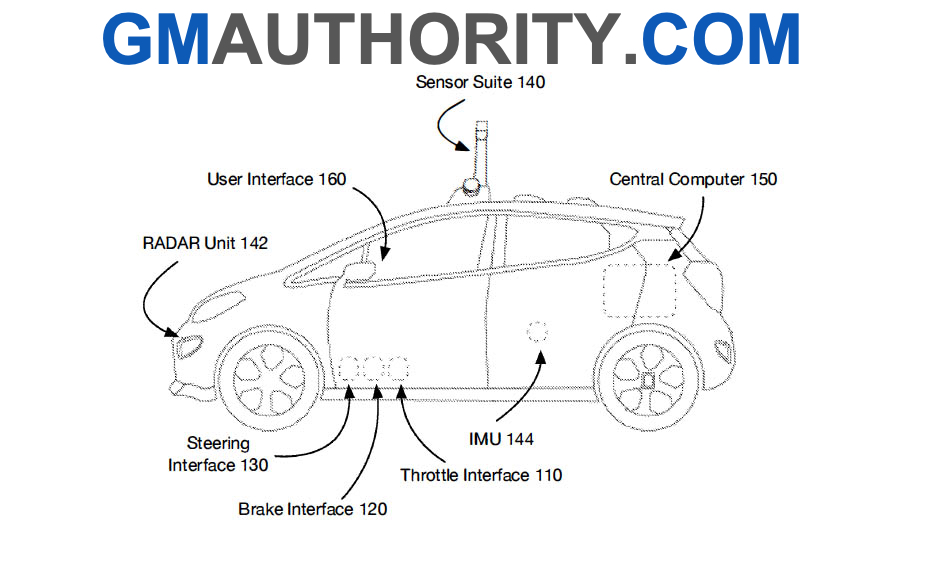 When operating in assisted cruise or fully autonomous mode, the vehicle will receive information from the sensor suite, which will include at least two or more cameras, a RADAR unit, a GPS unit, and an internal measurement unit. Additionally, the document also mentions SONAR units, LIDAR, microphones, photodetectors, among other types of sensors to provide information about the driving environment. In order to execute the commands of the self-driving software, there will be a braking interface, a steering interface, and a throttle interface placed alongside the physical components that normally carry out those functions via input from the driver.

The patent describes the braking system as having a first master cylinder which, like normal, hydraulically activates the brakes when the driver engages the brake pedal. Now, there’s the addition of a second master cylinder and a separate set of brake lines, which are instead coupled to the new central computer and can activate the brakes autonomously or aid in accident avoidance if the system garners that the driver isn’t applying enough pedal pressure. 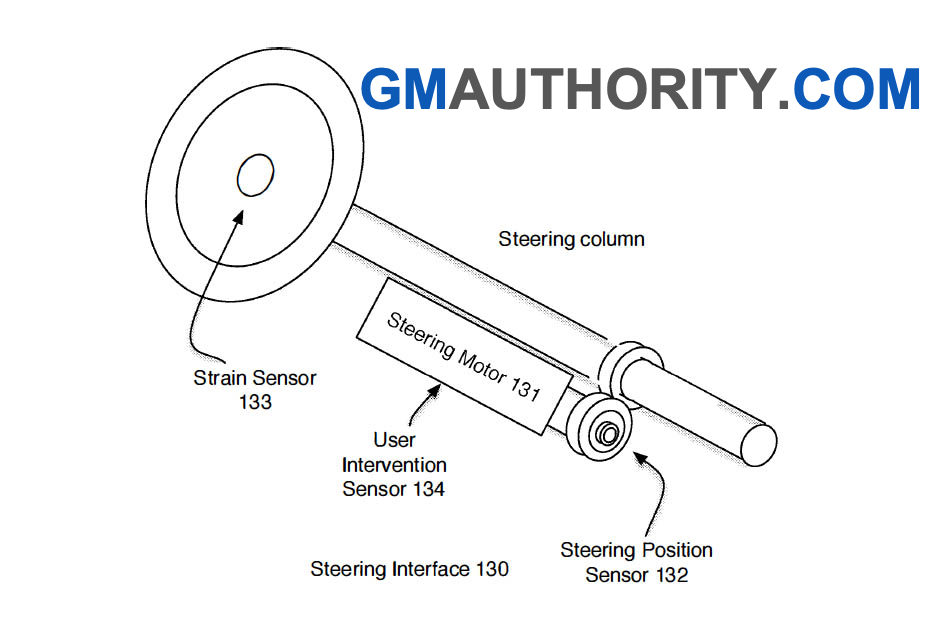 In order to steer the car, the existing steering column will be surrounded by three electric motors that will be capable of operating the steering wheel independently of the driver. There will also be a strain sensor to detect attempts by the driver to resume manual control. The throttle interface is designed to take advantage of contemporary ‘drive by wire’ gas pedals which control throttle application with electrical signals instead of modulating a physical cable. The throttle interface will control a relay that switches between the central computer and the driver’s application of the throttle, depending on the vehicle’s present mode.

Elsewhere, the patent claims that such a system could even be implemented on cars with manual transmissions by simply including extra code for the center computer along with additional interfaces that would handle the gear lever and clutch operation. 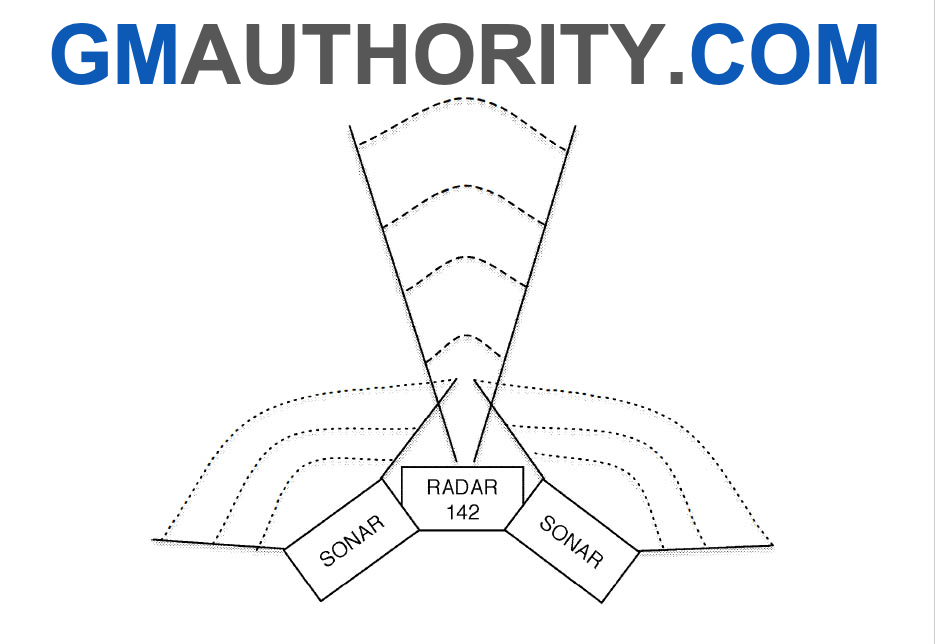 In the event the driver needs to immediately take over control of the vehicle, there could be several ways to override the system. Through the use of different mechanical, electrical, optical, or acoustic intervention sensors, the car would be able to detect a driver attempting to seize back control of the vehicle. The document even envisions an emergency stop button which could immediately cut power to the throttle and steering interfaces, thereby handing control back to the driver. 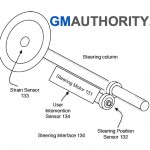 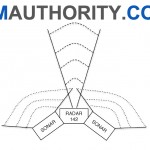 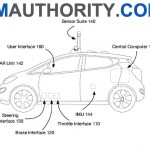