The patent is comprised of two primary parts – an explanation of the claims made in regard to the oil separator assembly’s abilities, and a collection of six images that illustrate the actual parts as well as their locations on a hypothetical engine. If all that engineering jargon is too much, here’s an explanation in simpler terms: the crankcase ventilation system will vent air out through a first oil separator, and – through the use of check-valves – it may continue to a second oil separator. The direction of the air is dictated by blow-by flow passages, and the separated oil is returned through drain passages.

The air vented from the crankcase can go to one or more openings, including an air intake system which can include a turbocharger. The second oil separator can include a pressure regulator valve that can regulate the system’s pressure via check-valves. An improved oil separation process can alleviate pre-ignition due to oil in the combustion chamber, which is a common symptom of small-displacement, turbo-charged engines.

In addition, the presence of oil in the combustion chamber can lead to particulates in the exhaust as a byproduct, which raises health concerns.

As emissions regulations continue to become ever more stringent, General Motors will be forced to deliver innovative ways to deliver cleaner and more efficient engines for its vehicles. In that regard, this two-stage oil separation system can certainly assist in doing so. The idea makes even more sense when one considers the fact that GM is beginning to use a highly-boosted, four-cylinder engine in full-size pickup truck applications – as it’s doing with the 2.7L I4 L3B engine in the 2019 Chevrolet Silverado 1500 and 2019 GMC Sierra 1500. Considering the patent was originally filed over two years ago (in October of 2016), we believe that GM is looking to implement the proposed oil separation technology on a production engine at some point in the near future. In short, we expect to see a system like this one implemented in the near future as GM continues to improve and refine its technology while also meeting the demands of emissions regulations.

We have confirmed with Tom Read of GM Powertrain that the 3.6L LGX, 3.6L LGZ and 2.0L Turbo LSY engines are equipped with an integrated two-stage oil passive oil separation system. As such, it would seem that these engines are using the technology described in the patent.

To note, most GM engines use a passive system, but only the HFV6 and 2.0-liter LSY engines feature a two-stage system. 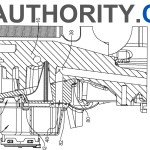 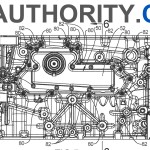 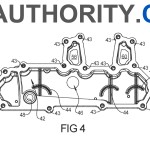 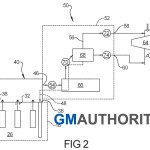