Jan. 7 is the date GM Canada workers will either celebrate or loathe. Next Monday, the automaker will give its final decision on if it plans to proceed and shut down the Oshawa plant in Ontario, Canada, or if it will reconsider the action.

The Truth About Cars reported on the all-important date last Monday and it comes after both the automaker and Canadian union, Unifor, have sparred publicly about the plant’s future. Ahead of the Christmas holiday, both sides issued press conferences and releases with strong words. 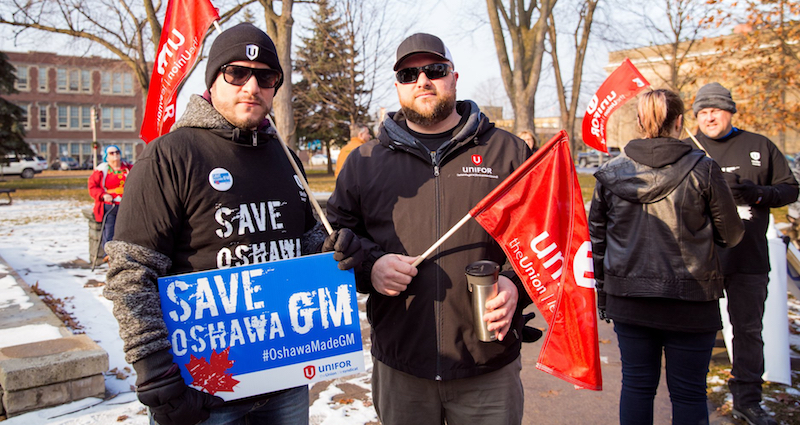 Unifor President Jerry Dias railed GM and asked the automaker why it continues to invest in Mexico when U.S. and Canadian buyers purchase more GM vehicles. He questioned GM’s traditional respect for the “build where you sell” model, too, and added this time “they truly have gone too far.”

Oshawa currently builds the Cadillac XTS, Chevrolet Impala, and the previous-generation Chevrolet Silverado and GMC Sierra pickups. The XTS was scheduled to depart ahead of the automaker’s massive restructuring announcement in November, but we learned the Impala will head to the chopping block as well. Its other corporate cousin, the Buick LaCrosse, will also die off.

And previous-generation Silverado and Sierra production was never a permanent solution to Oshawa’s capacity issue. GM stated from the beginning that the Canadian plant would play an important part in transitioning from the K2-gen pickups to the new T1 2019 Silverado and Sierra.

GM fired back on Dias’ assertions and said it hasn’t built a new plant in Mexico, while Dias returned fire and said the automaker has continuously invested in the southern country for new vehicle production. The 2019 Chevrolet Blazer remains a target of both Canada’s Unifor and the United Auto Workers in the U.S. The Blazer was announced for assembly in Mexico the same day GM laid off a second shift at the Lordstown plant in Ohio, now one of two car-assembly plants set to go idle in a few months.

Oshawa’s chance at life is slim, but employees and the union said GM gave a glimmer of hope after meetings. The automaker will tell the union whether it will work on a solution at Oshawa, or if the historic plant will soon be one for the history books.