In a surprise twist, IMSA has elected to leave the balance of performance for almost all GTLM class cars untouched for the 2019 Rolex 24 at Daytona.

The motorsports sanctioning body usually makes a series of BoP adjustments following the annual Roar Before the 24 pre-season test to closer align the speeds of the various cars in the field. It has decided to leave many cars alone following the Roar this year, however, including the Corvette C7.R of Corvette Racing.

The only GTLM car that received an adjustment this year was the BMW M8, which will now have an increased fuel capacity of two liters to 90L. 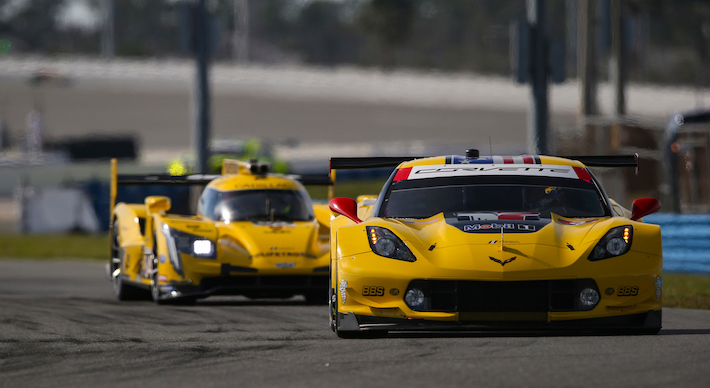 Corvette Racing is sticking to its familiar formula for 2019, running the Corvette C7.R for one last season and remaining with drivers Antonio Garcia, Jan Magnussen, Tommy Milner and Oliver Gavin. It is widely believed the team will switch to the mid-engine Corvette C8.R for the 2020 IMSA season.

The 2019 Rolex 24 at Daytona is set to kick off on Saturday, January 26th. For international viewers, coverage can be found at IMSA.tv. NBCSN will also air coverage of the race for US fans, but viewers will have to switch to the NBC web player for certain portions. A full broadcast schedule can be found at this link via IMSA.com.

Be sure to check out our Corvette Racing news page for more coverage of GM’s factory race team.