The late 1980s and early 1990s were an exciting time for automakers. Increased foreign competition, new technologies, and newly discovered segments helped grow the industry. To help promote its new Chevrolet Corvette ZR1, General Motors partnered with Mercury Marine’s MerCruiser division to manufacture the 5.7-liter LT5 V8 engine for the road-going Corvette ZR1. For promotion purposes, MerCruiser fitted a marinized version of the LT5 V8 engine into the Wette Vette—a 24-foot Baja 223 Bandit powerboat. The Wette Vette joined a Corvette ZR1 on a yearlong promotion tour across the country. Now, the engine is up for sale, and it could be yours if you have the cash. 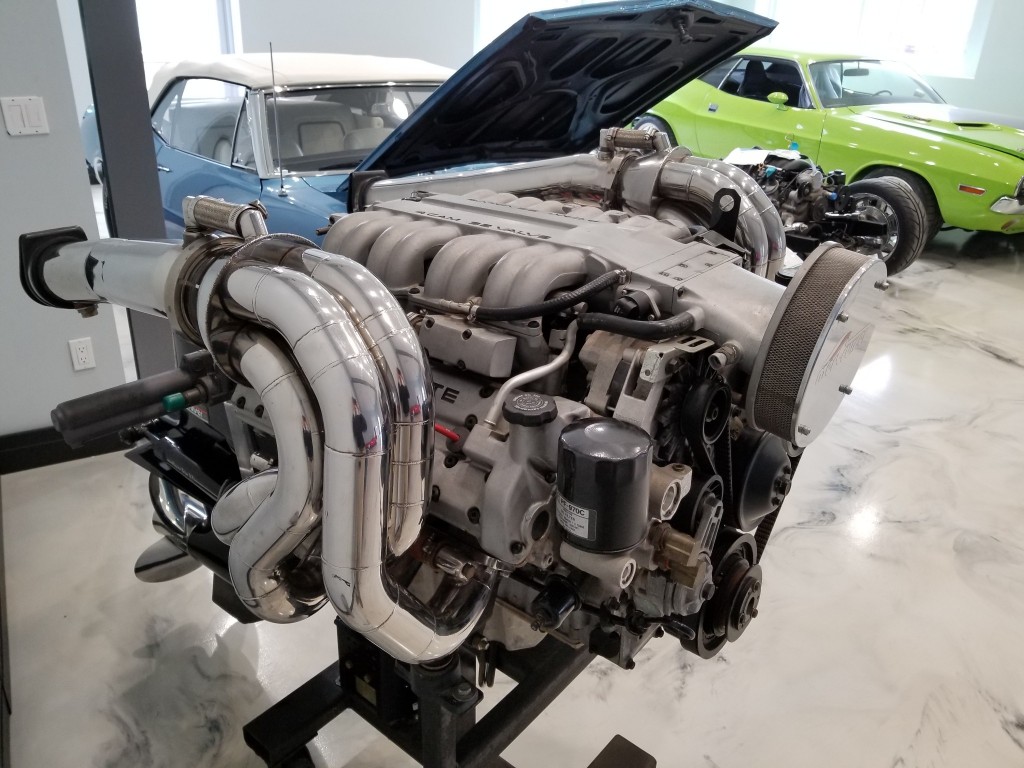 After its tour, someone separated the boat and the engine. R&K Machine founder Rick Kirk acquired the powerplant. The current owner bought the LT5 V8 engine sometime last year. According to the listing on Bringatrailer.com, the seller says the engine is functional. It comes with a wiring harness, marine cooling system, stainless steel exhaust headers, electrical panel, and ECU. The 32-valve V8 features electronic fuel injection, open pipes, and other MerCruiser modifications. Stamping on the engine shows this was the 17th LT5 V8 unit produced by the company on October 22, 1990. The ECU upgrade allows the engine to work with the 1.65:1 MerCruiser Bravo One outdrive.

The Wette Vette and Corvette ZR1 were an odd pairing; however, the sight of a high-powered Corvette ZR1 towing an equally potent and powerful 24-foot powerboat would have been otherworldly. The Corvette isn’t a machine known for its towing capabilities, but that didn’t stop Chevrolet and MerCruiser from modifying one to tow the Corvette-powered boat.

The auction on Bring A Trailer ends in five days. The current bid sits at $3,300 as of this writing.