In a day and age when even the most plebeian vehicles attempt to make a design statement these days, enthusiasts can find hard to stand out. This set of events has propelled owners to search high and low for modifications that can further accent their rides and get them noticed. This can include anything from a rumbling exhaust system to a polychromatic wrap, or a new set of wheels. Yet those looking for a very unique result, however, might be interested in Chevrolet‘s official illuminated bow tie accessory. Unofficially called glow tie, it uniquely accentuates the exterior and should turn some heads, day or night.

Chevy’s illuminated glow tie emblem is sold as a pair that includes an illuminated front emblem and a non-illuminated rear one. That’s right, only the front logo illuminates… not so much the rear.

The glow tie is available in either gold or black, with the gold version retailing for $275, with the black one priced slightly higher at $325. 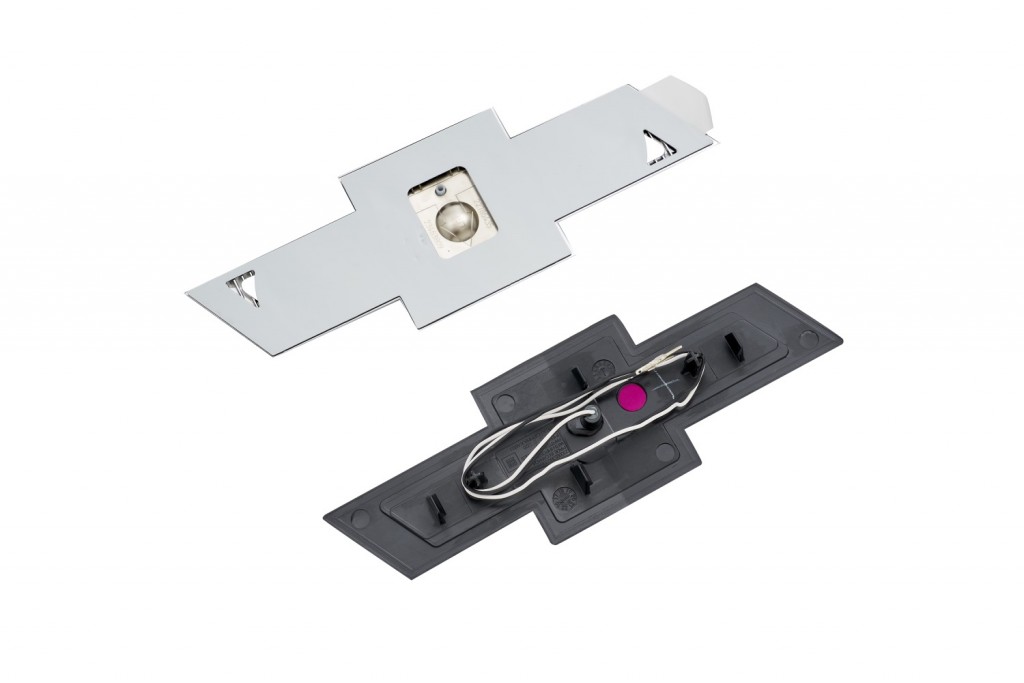 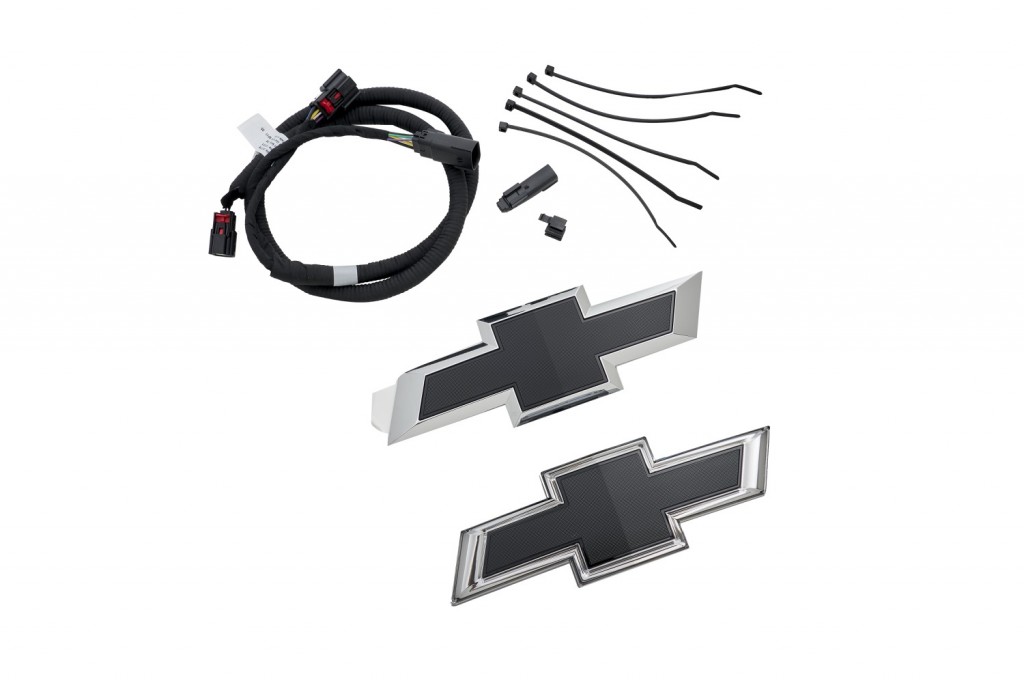 Not only will these illuminated bowties set your Chevy apart, but they also add an element of refinement and customization with relatively little effort. In addition, Chevy’s glow tie emblems have been rigorously tested to withstand extreme temperatures ranging from -40°F to +158°F (-40°C to +70°C) and cycled 1.5 million times for quality. Crafted from ABS plastic, Chevy’s official glow ties also feature a 100 percent water-resistant construction. 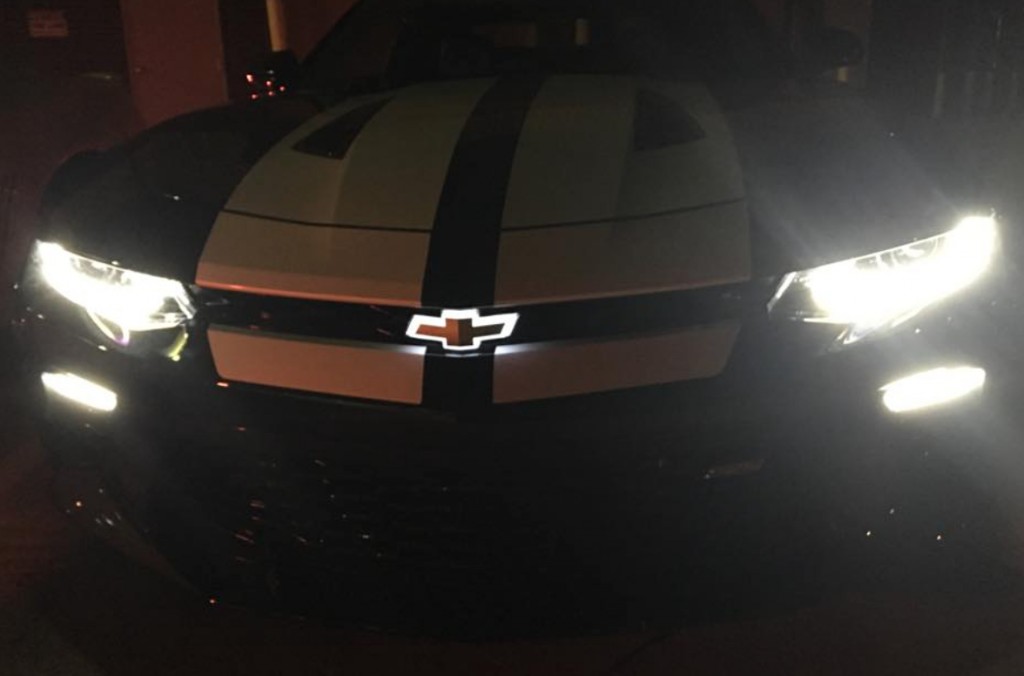 The emblems attach via snap fit and can be assembled right in one’s own driveway. All that is needed is a 12.7 mm drill bit, drill motor, and a heat gun. And since it is an official Chevy accessory, it is also backed by the greater of either the balance of the vehicle’s bumper to bumper warranty, or 12 months / 12,000 miles.

Chevy’s glow tie accessory is vehicle-specific. As of this writing, it is available for the following models: 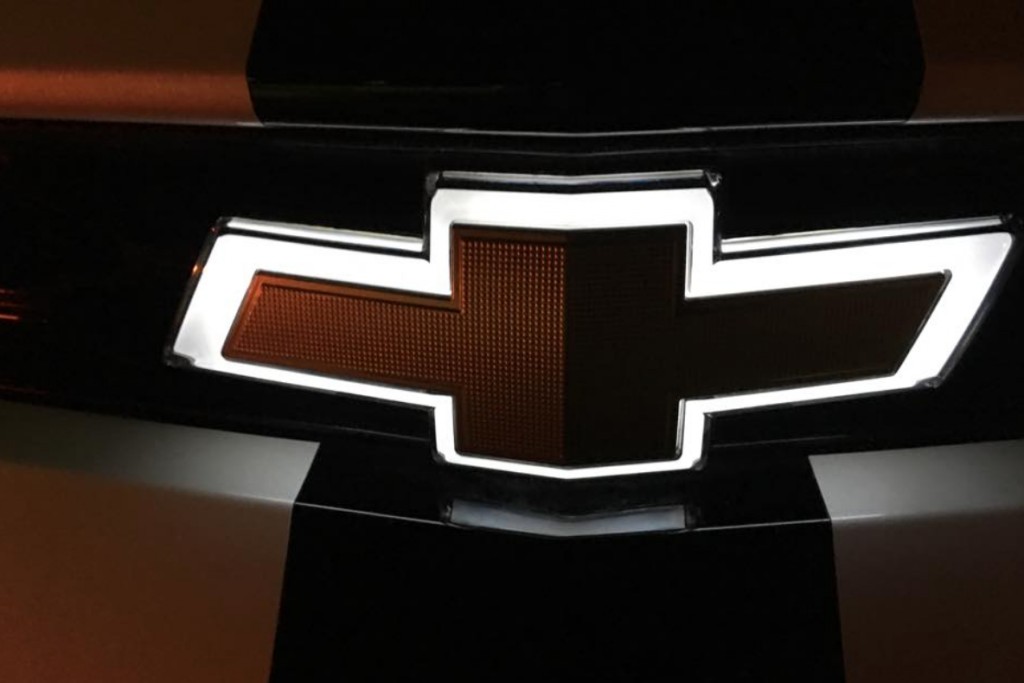