Chevrolet has come out swinging in 2019 to begin advertising the arrival of the 2019 Silverado, and the third main ad spot has hit YouTube.

Titled “Tailgates,” the ad is a 30-second spot and a simple one at that. The video takes viewers back in time through decades of Chevrolet trucks and shows various individuals closing up the tailgate. When we arrive at the present day, the ad shows an owner press a key fob button to raise the tailgate, one of many new features the 2019 Silverado bakes in.

The ad highlights the fob-controlled tailgate as one of “50 industry first” features. 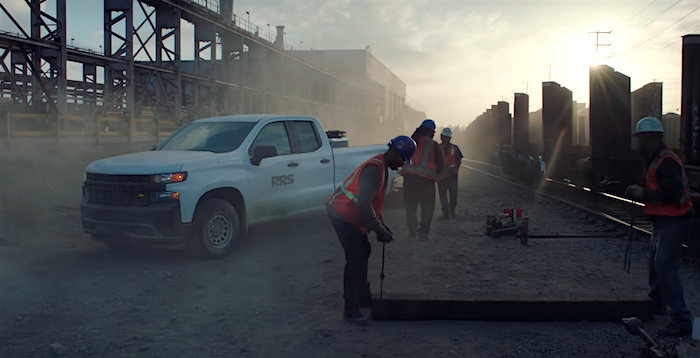 “Tailgates” is the third ad Chevrolet shared with us ahead of their rollout across television and the internet throughout the first quarter of 2019. The first is “A Little Bit Country, A Little Bit Rock and Roll,” which features individuals in various scenarios telling their stories using the lyrics from Donny & Marie Osmond’s song by the same name.

The second is “The Official Truck of Real People,” which appears to almost poke fun at Chevrolet’s poorly received, yet supposedly effective, “Real People, Not Actors” ads. The ad again focuses on people in various scenarios and how the 2019 Silverado blends into every lifestyle.

All three ads are major steps away from the aforementioned “Real People, Not Actors” campaign, which has run for years. Chevrolet has noted the format had been instrumental in getting consumers to consider Chevrolet. Perhaps the format was deemed too chintzy for a vehicle General Motors has so much riding on.

Check out the ad right up above.