Hyundai wants you to think the Kona Electric is an SUV. Go to their consumer site, and Hyundai lists the Kona under the “Crossovers / SUVs” section at the top. Why, then, is Edmunds comparing the Hyundai Kona Electric with the Chevrolet Bolt EV, you ask? On paper, the two are similar in several aspects. They sport the same wheelbase and the Kona Electric is just a smidge longer overall. Both are four-door hatches with a 150-kilowatt electric motor powering the front wheels. The Bolt EV packs 200 horsepower while Hyundai rates the Kona Electric at 201 hp. What’s strange is that while Hyundai markets the Kona as a crossover, it’s lower and wider than the Chevrolet Bolt EV, which General Motors advertises as your standard hatchback car.

However, there are subtle differences between to two that could make a new EV owner pick one over the other. The Kona Electric EV benefits from a multilink rear suspension while the Chevrolet Bolt EV sports a cheaper, less sophisticated twist beam setup. This gives the Kona better handling and ride quality over the Chevy. Hyundai also packs the Kona Electric with more standard features than the Bolt. 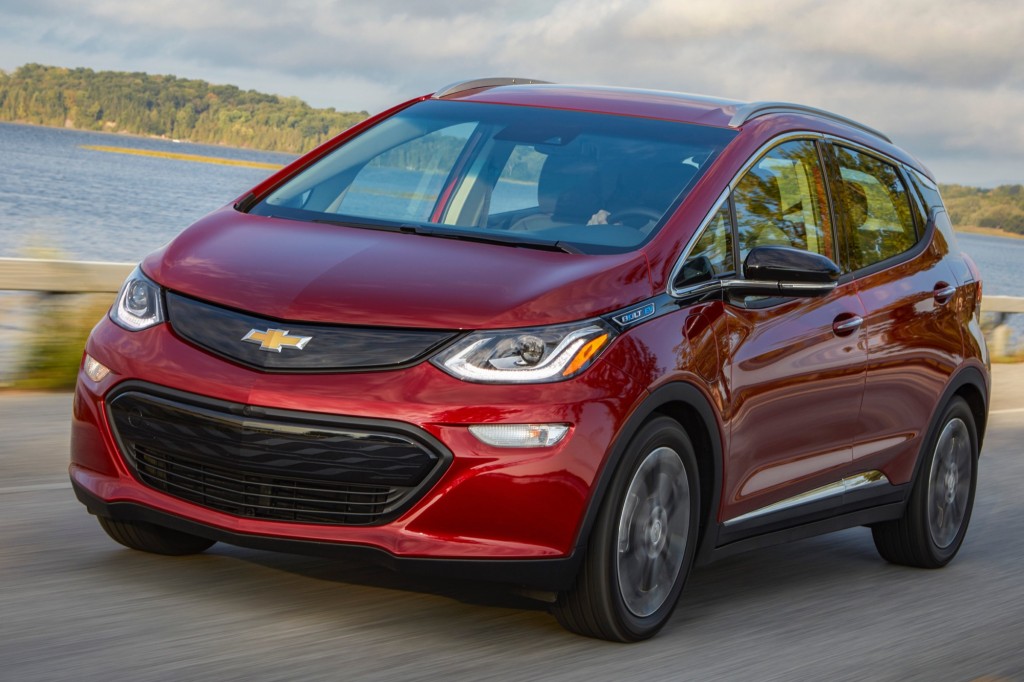 But there’s another difference between the two that has nothing to do with the actual vehicles. With both being electric vehicles, they qualify for the $7,500 federal tax credit. However, GM has sold its 200,000th qualifying electric vehicle, which triggers the phase-out period for credit. But at least for the next six months, qualifying electric vehicles from GM will be eligible for a $3,750 tax credit. In October, that credit drops to $1,875 before falling to $0 in April 2020. Hyundai has the price advantage as buyers will be able to claim the full $7,500 tax credit on a new Kona Electric. The base Kona Electric is rumored to have a similar starting price to the entry-level Chevrolet Bolt EV, which starts at $36,620.

In the end, Edmunds picked the Hyundai Kona Electric as the winner over the Chevrolet Bolt EV. The Kona’s better ride and handling coupled with more standard features and the available $7,500 tax credit helped push it ahead of the Bolt in the comparison test.