In the last few months, Cadillac and Lincoln have debuted new crossover rivals that will go on sale soon for the 2020 model year. In one corner, you have the all-new Cadillac XT6, a three-row crossover that fits between the XT5 and Escalade. Lincoln debuted the Aviator—a rear-wheel-drive crossover that borrows heavily from the bigger Navigator. The approach the automakers are taking to tackle the three-row SUV market is wildly different. However, pricing could pit these two against one another.

When the Lincoln Aviator goes on sale later this year, it’ll have a starting price of $52,195 (including destination charge). Cadillac has yet to release pricing information for the XT6; however, pricing should range between $50,000-$60,000 to start. Similar pricing makes them direct competitors in the eyes of consumers. Out of the box, an Aviator owner gets a 3.0-liter twin-turbocharged V6 engine producing a highly impressive 400 horsepower and 400 pound-feet of torque. The XT6, though, gets a naturally aspirated 3.6-liter LFY V6 making an anticlimactic 310 hp and 271 lb-ft of torque—it’s the only powertrain available. The Aviator will offer a Grand Touring trim that adds a mild-hybrid system, increasing horsepower by 50 and adding 200 lb-ft of torque. The Aviator Grand Touring hybrid starts at $69,895. 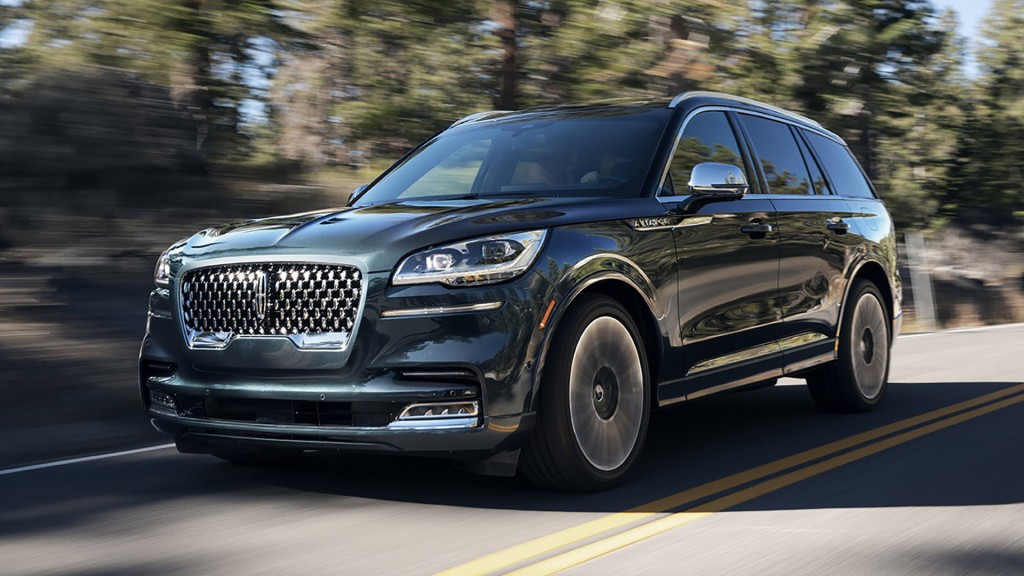 There is some difficulty comparing Aviator pricing with the Cadillac XT6 because we don’t know how Cadillac will price the XT6’s various trims and configurations. Last year, Cadillac announced its Y trim strategy. The new system split Cadillac’s trims in two—luxury and sport—with the base offering for both called Luxury. Following the luxury arch and the trims are Premium Luxury as the mid-level trim and Platinum as the top-tier trim. On the sport arc, the Sport trim is the mid-level offering while V-Series is the top-tier sport offering. While an XT6 Platinum is likely in the cards, it’s highly unlikely we’ll see an XT6-V.

How Cadillac prices these trims for the XT6 remains to be seen.

However, we do have pricing for the Aviator. The Reserve trim, which is one step above the base offering, starts at $57,285, giving owners 20-inch wheels, LED fog lights, a 14-speaker Revel audio system, hands-free liftgate, and much more. Above that is Lincoln’s Black Label offering with three trim combinations called “Chalet,” “Destination,” and “Flight.” Black Label Aviators get 22-inch wheels, a 28-speaker Revel audio system, and a litany of other luxury features. Pricing for the Aviator can reach $88,895 if you add a Black Label trim to the Aviator Grand Touring hybrid. That’s an awful lot for a three row crossover from a brand that’s trying to regain traction in the market.

It’s unlikely the Cadillac XT6 will reach similar high-end pricing like the Aviator Grand Touring. It doesn’t offer a hybrid powertrain that adds a host of performance. However, a litany of available options could increase pricing quickly.