General Motors’ F-Body platform is iconic, underpinning the first-generation Chevrolet Camaro and Pontiac Firebird beginning in 1967. But the F-Body didn’t earn its stripes until its second generation in 1982, which ushered in a new, modern look for both sports cars. A third generation of the platform debuted in 1993 along with an updated Camaro and Firebird; however, this would be the last iteration for both storied nameplates and the popular platform. In 2002, General Motors discontinued the Camaro and Firebird along with the F-Body platform due to slowing sales. Seventeen years ago, as the two where exiting stage left, MotorWeek complied a tribute to the F-Body siblings.

The tribute, which focuses on the second- and third-generation, begins with the 305-cubic-inch V8 engine that made a 145 horsepower and 240 pound-feet of torque. Calling it slow is an understatement. The video touches on the 20th anniversary 1989 Pontiac Firebird Trans Am and the twin-twin-turbocharged V6 under the hood that made 245 hp. For the 30th anniversary Camaro, Chevrolet worked with SLP to crank out 305 hp and 325 lb-ft of torque from the 5.7-liter LT1 V8. 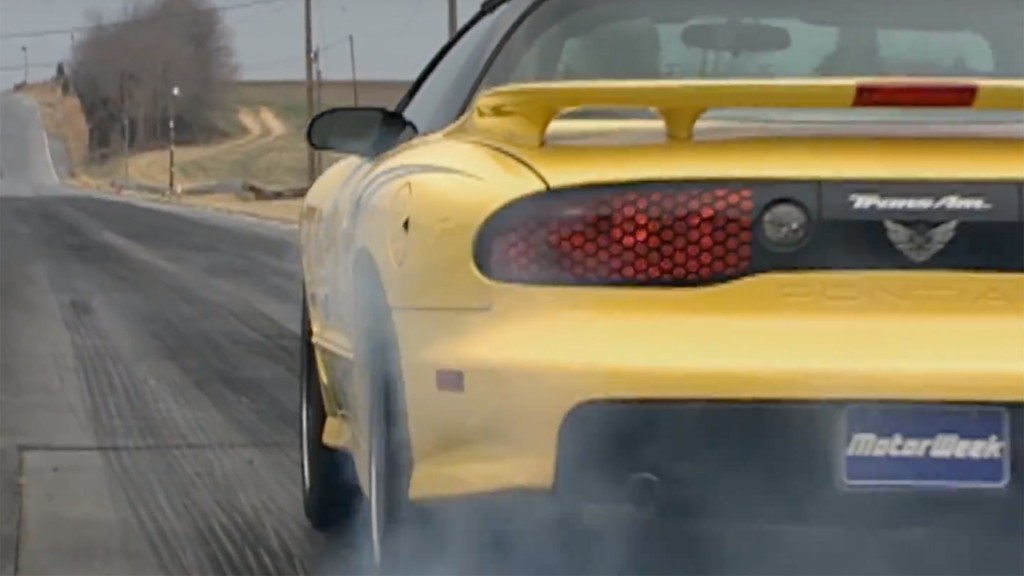 Then, in 2002, both disappeared. GM put its heart and soul in both the Camaro SS and Trans Am, with both made 325 hp from the 5.7-liter V8; however, the Camaro only made 340 lb-ft of torque compared to the 350 lb-ft available in the Trans Am. You could get both with either a six-speed manual or four-speed automatic. As the tribute concludes, MotorWeek reveals the price of both—and they’re not too far off what a new V8 Camaro costs. The 2002 Camaro SS had an as-tested price of $32,780 while the 2002 Trans Am had an as-tested price of $35,700. At the time, entry-level models started in the high teens. That’s no longer the case with the entry-level Camaro.

Since F-Body produce ended in 2002, the cars have garnered a rabid following. The platform spawned the F-Body Nationals, an event designed to celebrate all Camaro and Firebird generations including the Camaro GM resurrected in 2009, even though it rode on the Zeta platform. Aftermarket companies continue to produce parts for the cars while owners of pristine, low-mileage examples are asking six figures online. There are even beast-to-beauty videos where $500 beaters are transformed into gorgeous track cars.

GM might not be building the F-Body anymore—but that hasn’t stopped enthusiasts from keeping the faith.