This year’s North American International Auto Show was a snoozer with Chevrolet having no big reveals, leaving the mid-engine Corvette for another day. However, crosstown rival Ford made news with the all-new 2020 Ford Explorer, as well as the debut of the 700-horsepower Mustang Shelby GT500. But that wasn’t all the Dearborn automaker had up its sleeve. At its press conference Monday, the automaker revealed two bookend variants — the 2020 Ford Explorer Hybrid and 400 horsepower 2020 Ford Explorer ST. This allows the Ford Explorer to cast a wider net on the market than the more pedestrian Chevrolet Traverse.

The Explorer ST is a 400-horsepower, 143-mile-per-hour family hauler that packs all-wheel drive and a twin-turbocharged 3.0-liter EcoBoost V6 under the hood. It’ll feature a sport-tuned 10-speed automatic gearbox, too. Yes, the Chevrolet Tahoe RST does pack a 420-hp 6.2-liter V8 engine, but its heft and size make it more of a tertiary rival to the Explorer ST. 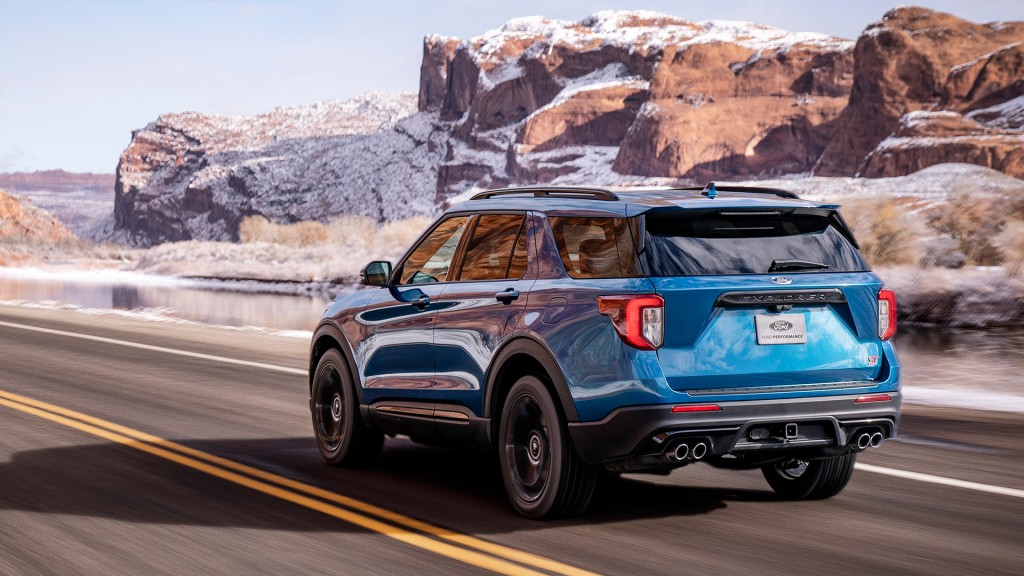 While the Explorer ST aims to get the heart beating of the SUV customer, the Explorer Hybrid is the more significant news item to come out of Detroit. Right now, Chevy doesn’t offer a hybrid SUV, leaving the Explorer Hybrid to stand alone when compared to other U.S. automakers. The Explorer Hybrid will use a naturally aspirated 3.3-liter V6 engine and a 10-speed automatic gearbox with a built-in electric motor. However, Ford did not release any details about the motor or the hybrid’s performance or fuel efficiency just yet. What Ford did say is that the Explorer Hybrid would get up to 500 miles of range on a single tank of gas—which is astounding for something so large.

It’s always tricky to compare the latest vehicles from Ford and Chevy as they often don’t directly compete with another, though the Chevrolet Traverse and 2020 Ford Explorer are of very similar proportions, and will be of a similar price, as well. However, Ford has a good chance of enticing buyers from the bow tie with its two new Explorer offerings. Hopefully, Chevy has an answer.