Buying a used car is always sketchy. You don’t know the car’s history and the seller is often incentivized to lie to you. They want to get top dollar for their car, and if they fail to mention a few gremlins here and there, maybe they can get an extra $500 from the buyer. However, there are hidden gems out there—if you look hard enough—and it appears one gentleman stumbled upon one of those hurried vehicular treasures in the form of a 1998 C5 Chevrolet Corvette with 300,000 miles.

The video above gives a great breakdown of the Chevrolet Corvette and all the little problems associated with such a car. But what’s fascinating is how good of a condition the car is in after 12 trips around the Earth’s equator. The first thing he noticed when he saw the vehicle was the ZR1 wheels and Borla exhaust. The owner seemed oblivious to the upgrades. Under the hood, he noticed radiator fluid had splashed. The previous owner said the car overheated. 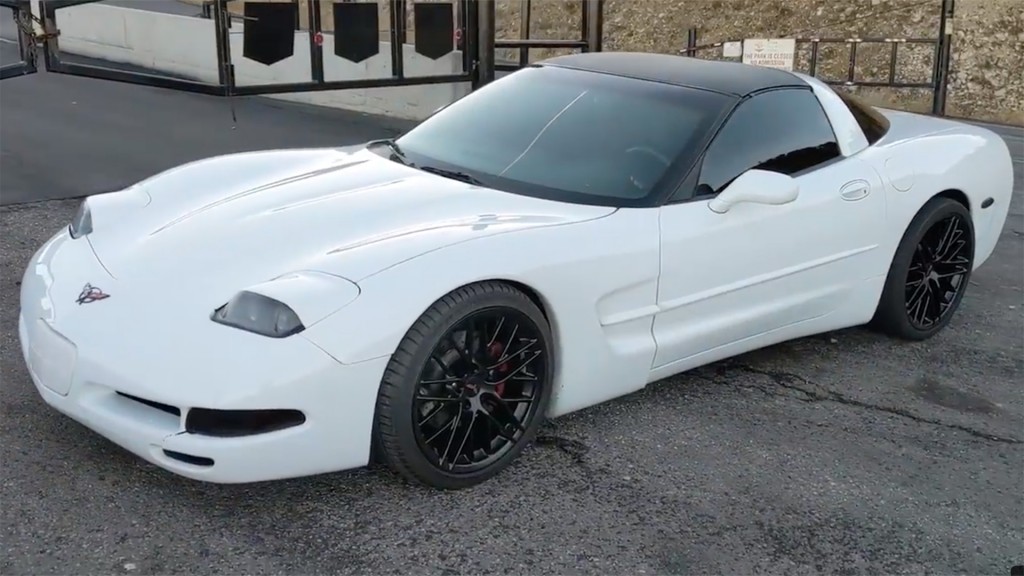 During the test drive, the “Low Coolant” light flashed, and the engine got hot—but it still ran. Other issues included a broken passenger side mirror, ripped seats, a rip in the door panel, and cracked lower front bumper. Other than a few lights ablaze on the dashboard and a $160 radiator to fix the overheating issue, the Chevrolet was in tip-top shape.

You’d think a Corvette with 300,000 miles would be in rough shape—and it does have its issues. However, one of the previous owners rebuilt the engine at 200,000 miles, and someone rebuilt the gearbox, too. For a daily driver, the worn seats, broken mirror, and other minor issues were of little to no concern. The seller wanted $4,000, but the guy was able to buy it for $3,500, which is a steal in our book. The 1998 Chevrolet Corvette with 300,000 miles isn’t that much of a looker, but it’s hard to pass up a future classic for that price.

Despite having 300,000 miles, this C5 is still a bit of a baby by comparison to other Corvettes of that generation still on the road. For instance, there’s one out there with an incredible 710,000 miles as of 2016, and another C5 Chevrolet Corvette with a whopping 773,000 miles at the National Corvette Museum.