General Motors had a turbulent week in the news.

Jobs were lost, plants were idled, cars were canceled, and amid the ignominy, a 2019 Silverado Trail Boss broke down on the ice during the second intermission of a Detroit Red Wings home game last week. Except, according to those in the know at Chevrolet, the Silverado didn’t actually break at all.

Let’s recap the scene: prior to the ice resurfacing during last Wednesday’s contest against the visiting St.Louis Blues a 2019 Silverado Trail Boss pulled out onto the ice as part of promotional activities tied the Chevrolet’s status as the official vehicle of Little Ceasers Area. However, instead of driving off the ice before the Zambonis emerged as it should have, there it sat, stranded at the blue line, most definitely in the way.

Several fans in attendance, including one senior Ford communications officer, took to Twitter to mock the stricken pickup, claiming that it hilariously broke mid-job. A Chevrolet spokesperson reached out to GMAuthority over the weekend in order to clarify some of the confusion and hopefully clear the Silverado’s name. Apparently, the truck didn’t actually break down at all, as per the arena’s internal protocol the Trail Boss was purposely turned off during the on-ice activation in order to protect the ice surface from heat. 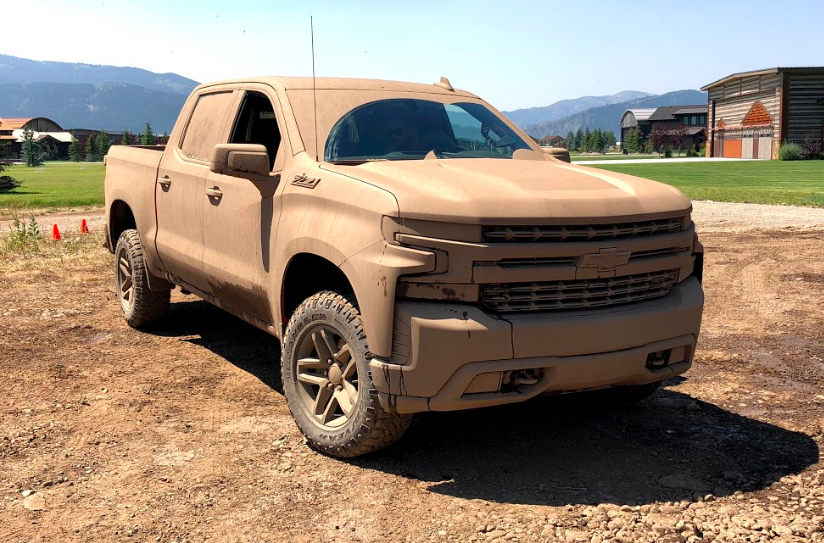 Once the branded activity was complete, the driver jumped back into the truck and upon attempting to start the 5.3-liter V8, a software update made itself available and was accidentally accepted. This resulted in the truck remaining parked for a couple of minutes as the update downloaded and installed itself. Once complete, the truck started with no issues and drove off the ice under its own power.

Aside from the Ford PR man, no one really believed a brand new 2019 Silverado Trail Boss legitimately suffered a mechanical failure on the ice at Little Ceasars Arena, and Chevrolet’s proposed scenario is more than plausible in this day and age of connected vehicles and over-the-air updates. But unfortunately the damage has already been done, the Tweets have been sent, jokes made, and articles were written.