General Motors recently made a large restructuring that saw it discontinue several models so it could invest more into its electric and autonomous vehicle programs.

This move shows that GM is going all-in on EVs and autonomous cars, cautious not to be outdone by the competition. It’s also a telling when move you consider that GM also already has an electric vehicle in the way of the Chevrolet Bolt EV and until recently, had a mass market plug-in hybrid as well.

Its rivals over at Toyota seem to be taking a more cautious approach, however. The automaker does not have a battery electric vehicle on sale and in a recent interview with AutoGuide, Toyota North America general manager Jack Hollis indicated dealerships hadn’t been asking for one. It could be a long time before a fully electric Toyota comes to market, then, with the automaker instead choosing to offer a range of hybrids and plug-in hybrids for the time being.

“If our dealers, and we just met with our national dealer council two weeks ago, if our dealers felt like there was a significant demand (for EVs) we would have already had fully electric and electric vehicles already on the road today,” Hollis told AutoGuide and other media during an interview at the 2018 LA Auto Show. 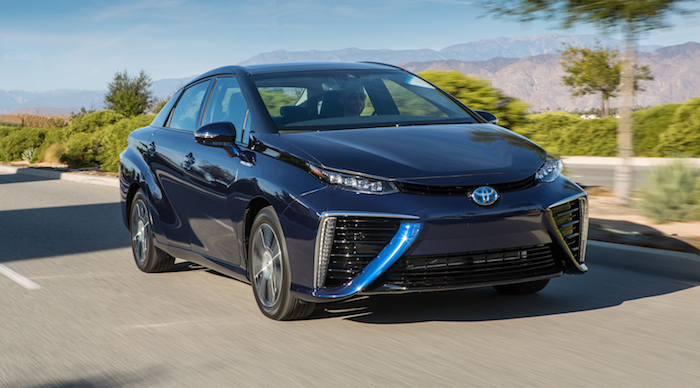 With EV profit margins still small and Toyota having quite a bit of success with its hybrid vehicles, it’s easy to see why the automaker is taking a more cautious approach toward BEVs. It does make large investments in electrification tech, though, with Toyota having fuel cell and hybrid vehicles on sale already and EVs in development. This allows it to react to market trends quickly, Hollis said, whether the future of clean energy is EV or hydrogen fuel cell.

As Hollis explained, “if the demand is low,” for EVs, it might not make business sense for it to build them right now. Toyota will make an EV eventually and it has before (the rather slow-selling RAV4 EV) but it seems as though it’s waiting for demand to increase to a certain level, which will probably take two or three years.

GM recently called for a National Electric Vehicle Policy that would encourage automakers to build and sell a number of zero emission vehicles within a certain timeframe, but it seems as if Toyota would rather let the customer decide what to do about the EV situation for now. And if we’ve been hearing correctly, the customer isn’t that interested in EVs just yet – they’re interested in trucks and crossovers.