Custom 1967 Chevrolet Camaro is heading to auction next month.

For more than a decade, SEMA Cares has done its part to give back to those in need. As part of its 2019 efforts, SEMA Cares has decided to send a custom built 1967 Camaro to Barrett-Jackson’s upcoming collector car auction in Scottsdale, Arizona with the proceeds benefiting Childhelp.

The SEMA Cares 1967 Chevrolet Camaro project was sponsored by WD-40, and according to Luis Morales, SEMA Garage visual product data specialist, the process started in October 2017 when the ’67 Camaro arrived at the SEMA Garage, before being displayed at the 2018 SEMA show earlier this year in Las Vegas.

Morales listed everything as the primary challenges the team faced during the SEMA Cares ’67 Camaro project. There were fitment issues, difficulty sourcing parts, a motor swap, and the need to install a new frame. Regardless, the SEMA Garage team continued posting updates on its Facebook and Instagram pages throughout the entire process. 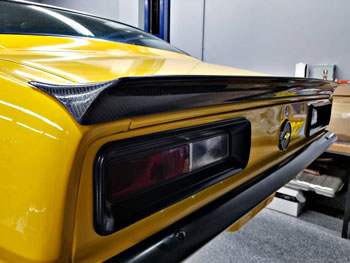 “We are expecting a large crowd and higher attention, due to the extensive amount of aftermarket products that will be installed on the vehicle,” said Morales.

It’s unclear if this car is actually the same one SEMA and WD-40 built back in 2016. That car was also a ’67 Camaro and was also supposed to be auctioned off to benefit Childhelp. The SEMA Cares website only lists one WD-40 SEMA Cares ’67 Camaro on its website, so it’s possible the car never actually sold the first time around.