Sam Schmidt, owner and founder of Schmidt Petersen Motorsports, has been slowly honing his skills behind the wheel of his specially prepared C7 Chevrolet Corvette Z06 over the past few years.

Schmidt, a former Indy Racing League driver, was paralyzed from the neck down following a crash at Walt Disney World Speedway, which occurred during a test session ahead of the 2000 IRL season. Schmidt didn’t leave the motorsports world, going on to start Schmidt Petersen Motorsports in 2001, which now has seven Indy Lights championships and multiple IndyCar race wins.

While Schmidt’s hired drivers have been racking up wins on the track, he’s been working on getting back behind the wheel. A few years back, Engineers at Arrow Electronics developed a system that uses motion capture technology to track Schmidt’s head movements, allowing him to control a car by turning his head. He can control the brake and throttle by blowing and sucking through a tube as well. 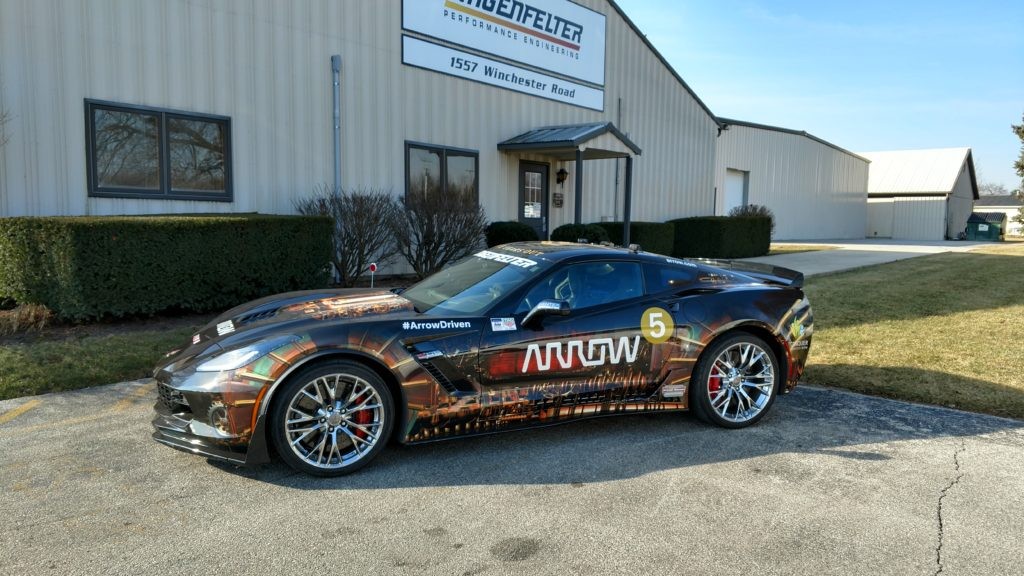 Schmidt recently showed off his Corvette with this technology to the crew over at NBC Today, taking host Harry Smith for a ride around New York City. The pair don’t stick to deserted streets or a parking lot, either. Schmidt takes the car right through Times Square – something he definitely thought he’d never do in the years immediately following his accident.

Sam says he hasn’t felt as normal as he does behind the wheel of the Arrow Electronics Corvette since his accident 20 years ago, with the supercar giving him a rediscovered sense of freedom and control.

The system sounds tricky to drive with, but Schmidt has definitely got the hang of it. He piloted the 650 hp Z06 to a speed of 152 mph at Indianapolis Motor Speedway back in 2016 and averaged a speed of 108.642 mph over four laps.

Schmidt has even given his Z06 more power now thanks to Lingenfelter Performance Engineering, which swapped the 6.2-liter LT4 V8′s stock supercharger out for a beefier Magnuson Heartbeat TVS2300 unit last year.

Watch Schmidt take his Corvette Z07 for a cruise in NYC in the video embedded above.