Bankruptcy made this one of the rarest special edition Corvettes ever made by Chevrolet.

The year is 2009 and Corvette Racing has racked up more than 70 victories in GT1 competition, including eight championships and five 24 Hours of Le Mans victories. So Chevrolet decides it’s going to produce 600 limited edition “GT1 Championship” Corvettes for the streets–300 in Corvette Racing Yellow, 300 in Black, and further divided split into 100 examples of each in coupe, convertible and Z06 body styles.

On paper, the 2009 GT1 Championship package was little more than a trim and appearance pack paying tribute to Corvette’s factory racing program. It included the Z51 performance package, the 4LT premium equipment group, an NPP performance exhaust, C6.R-inspired graphics, forged aluminum chrome wheels, and a spoiler nicked from the C6 Corvette ZR1. The graphics themselves were particularly cool, the hood features Corvette Racing’s “Jake” logo, the driver’s side door lists the year’s Corvette won the ALMS GT1 manufacturer’s championship, while the passenger side lists the Corvette’s conquests at Le Mans. The roof even features the national flags of every driver that drove for the GT1 program. 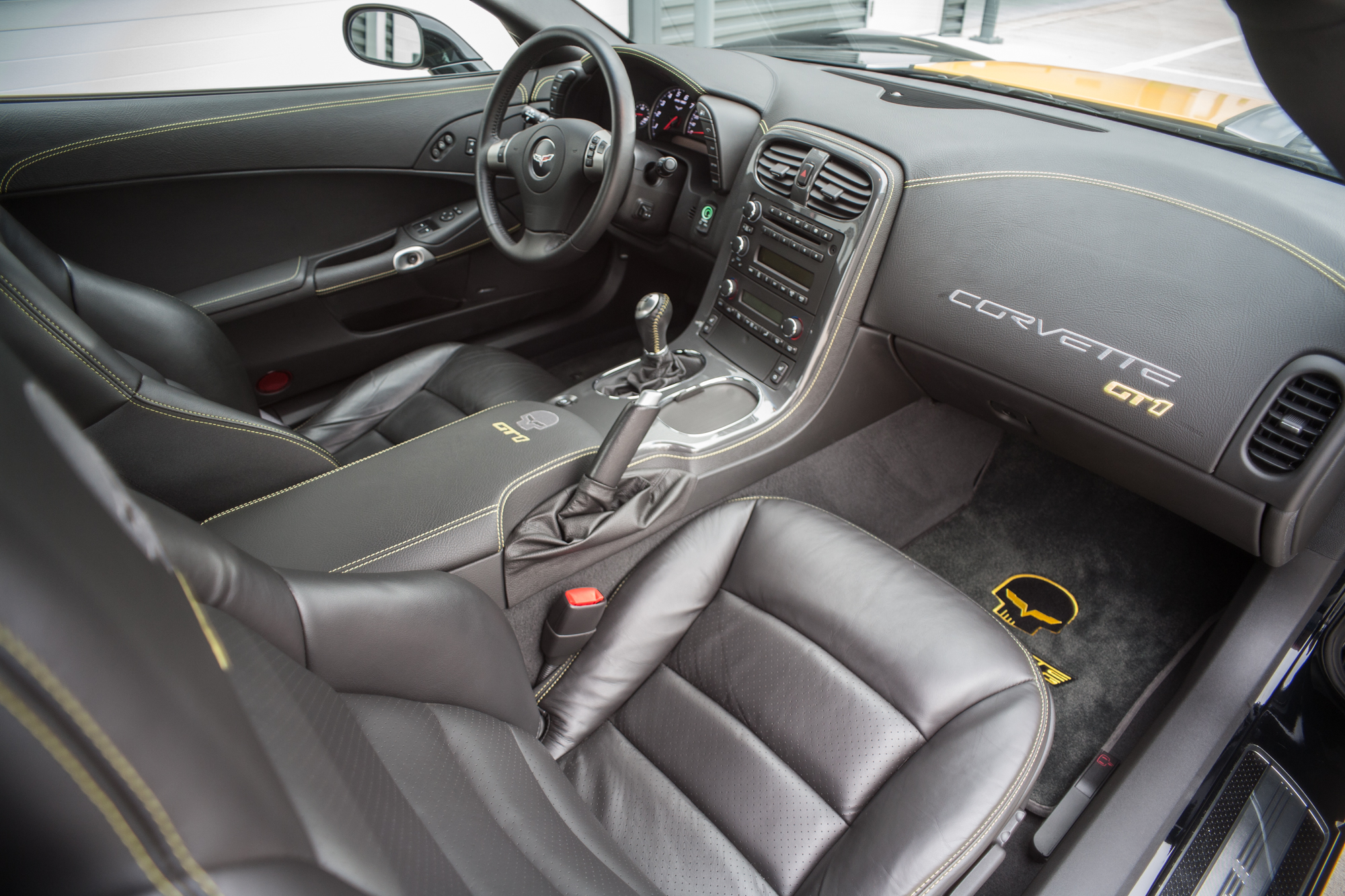 Inside, yellow stitching accents the ebony leather and GT1 emblems can be found embossed on the headrests, dashboard, and center armrest, along with “Jake” floormats. Under the hood, there’s a special “carbon pattern” engine cover with yellow Corvette lettering atop the 6.2-liter LS3 V8.

Unfortunately, 2009 was also the same year the recession came and GM went broke. The company actually declared bankruptcy just two weeks before Le Mans that year, and all non-essential projects were put on the back burner. Instead of the planned 600 car run, just 125 cars were made, only 24 of which were black painted coupes.

Which makes this black Z51 that showed up for sale an extremely tantalizing prospect for the enterprising Corvette collector. VIN No. 048 is alleged to be the last of the black Corvette GT1 coupes built and it currently shows just 1,888 miles on the odometer. It was put up for sale in an auction-style format on Bring A Trailer, with the current bid sitting at just $18,000 with two days remaining.