For a long while, PC sim racers have had access to an officially licensed NASCAR esports league in the way of the iRacing NASCAR Peak Antifreeze Series.

Now console gamers have the opportunity to race in an official NASCAR league thanks to 704 Games, the developer of the new NASCAR Heat 3 game for Xbox One and Playstation 4. The company has teamed up with the Race Team Alliance, which represents the 14 teams in the Monster Energy NASCAR Cup Series, to create the eNASCAR Heat Pro League.

The eNASCAR Heat Pro League will feature 16 teams, which will be owned and operated by real-world NASCAR race teams. Up to 32 drivers will race in the series, which will be selected through a public draft. The online race series will be based around the NASCAR Heat 3 game and both Playstation 4 and Xbox One players can get in on the fun.

“This partnership creates a once in a lifetime opportunity for NASCAR Heat 3 players to work with a NASCAR race team and represent their team on a global esports platform,” said 704Games CEO Paul Brooks.

Motorsport.com will also be live streaming the esport series in 2019, so this could be a good way to get your name out there on a major motorsports platform. Motorsport.com is owned by the prominent Motorsport Network, which bought 704Games back in September. 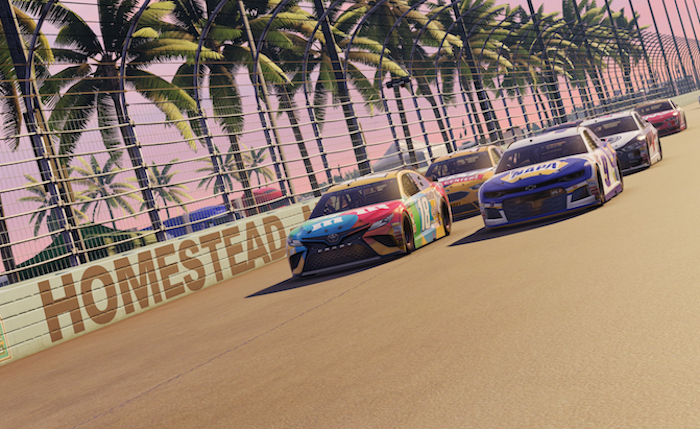 Sim racing series are quickly becoming a popular way for race series to engage with fans, with Formula 1 also hosting its own online esports series using the F1 2018 platform. The FIA World Endurance Series has its own online racing series as well called the Le Mas Esports Series, which uses the Forza Motorsport 7 platform for Xbox One and PC.

If you think you can hang with some of the fastest NASCAR Heat 3 racers on the planet, you can register yourself for the draft at eNASCARHeatProLeague.com.