They say “great minds think alike”. Well, it seems that Honda and GM may be on to something in bringing back old nameplates for the 2019 model year. For the Japanese automaker, it has been 17 years since the last Passport, then a rebadged Isuzu, was sold back in 2002. For GM, it has been over a decade since the brand discontinued the last-generation Chevrolet Blazer back in 2005. Come next year, Chevy will launch the all-new 2019 Blazer as a midsize crossover SUV, and Honda will follow shortly thereafter with the new Honda Passport, which it recently unveiled at the 2018 Los Angeles Auto Show.

Let’s take a look at how the new entry from Japan stacks up to the new Blazer. 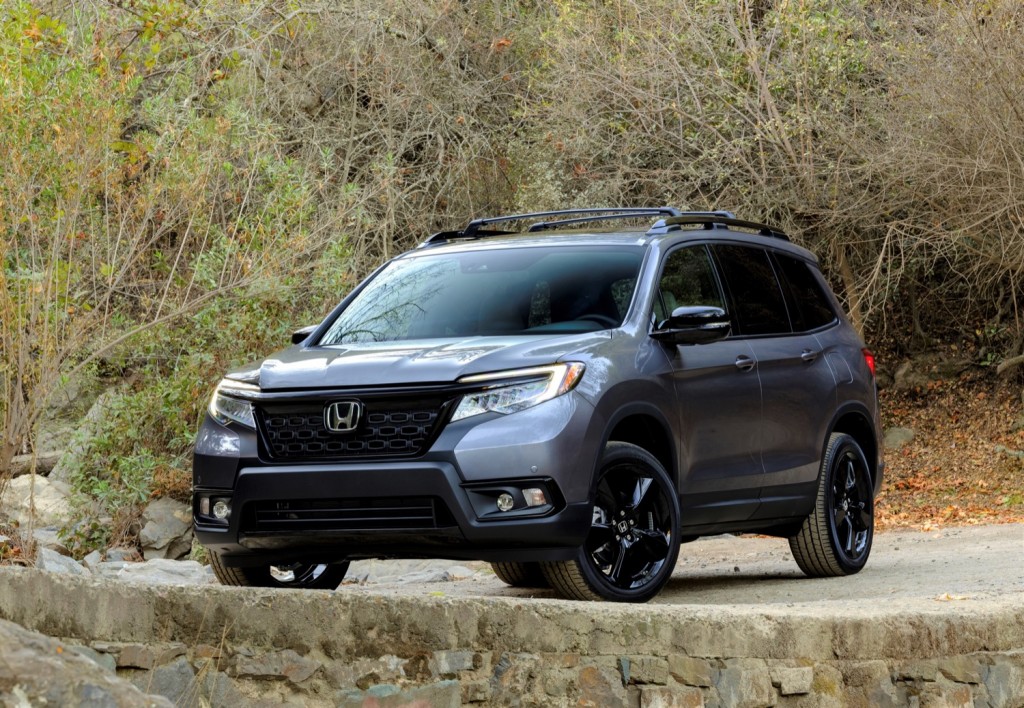 As we reported previously, the new Honda Passport rides on a shortened version of the platform that underpins the Honda Pilot. The 2019 Passport will be powered by Honda’s 3.5-liter i-VTEC V6 engine paired to a nine-speed automatic transmission. The combination delivers 280 horsepower and 262 pound-feet of torque.

When equipped with the available i-VTM4 all-wheel-drive system with Intelligent Traction Management technology, the midsize Honda has a towing capacity of up to 5,000 pounds. Front-wheel-drive models of the new Honda Passport can tow up to 3,500 pounds. 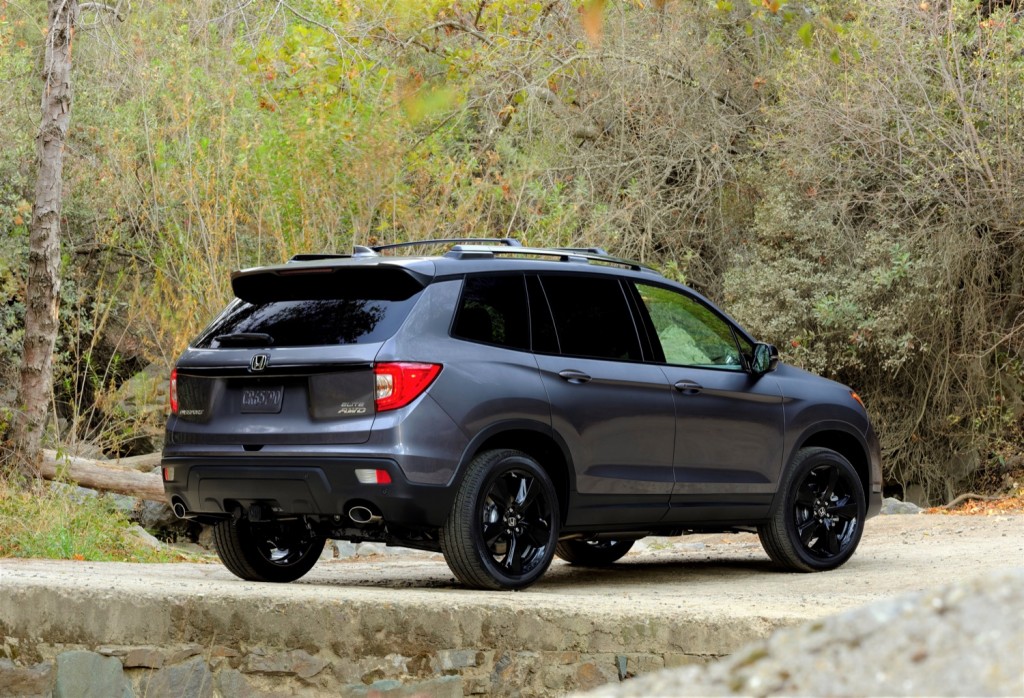 The new Honda Passport features a matte black grille and bumper, blacked out headlights and black wheels, giving it a particularly sporty appearance. The wheels are standard 20-inchers wrapped in 245/50R all-weather tires.

For the new Chevy Blazer, GM incorporated several Camaro cues into the design. The grille, sculpted body lines, and “floating roof” give it an aggressive appearance that helps distinguish it from the rest of the crossover lineup.

Both automakers offer optional equipment to dress up the exterior just a bit. The Blazer RS, for example, adds blacked out exterior accents, while the Blazer Premier adds body-color elements and chrome accents. 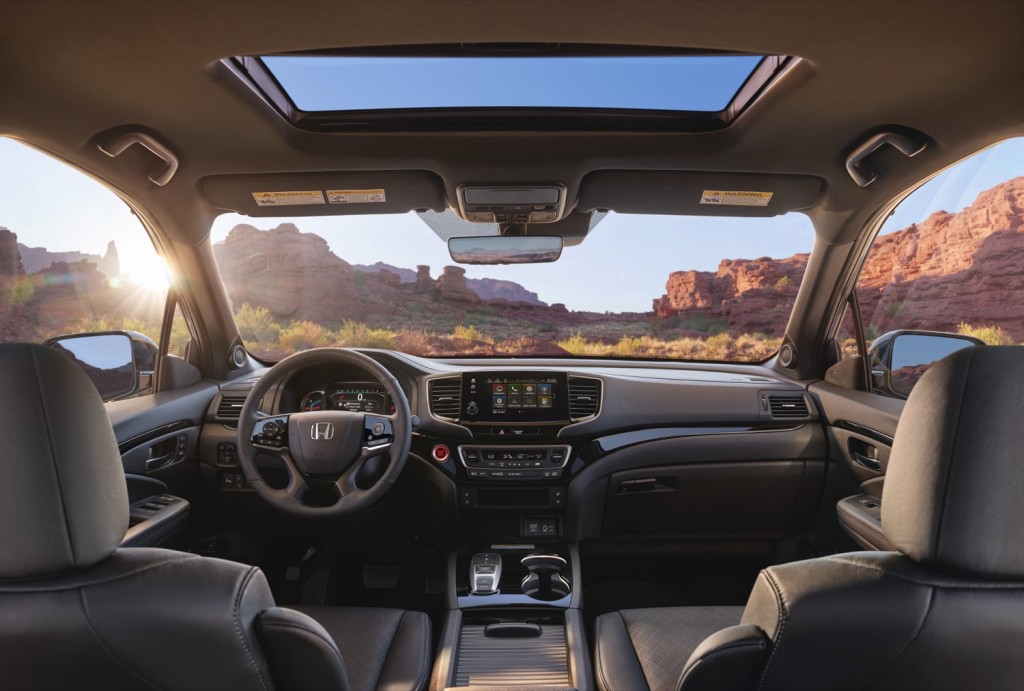 The 2019 Honda Passport also has 2.5 cubic feet of underfloor storage that is easily accessible from the trunk/hatch. The space includes a custom bin for storing the trailer hitch receiver. 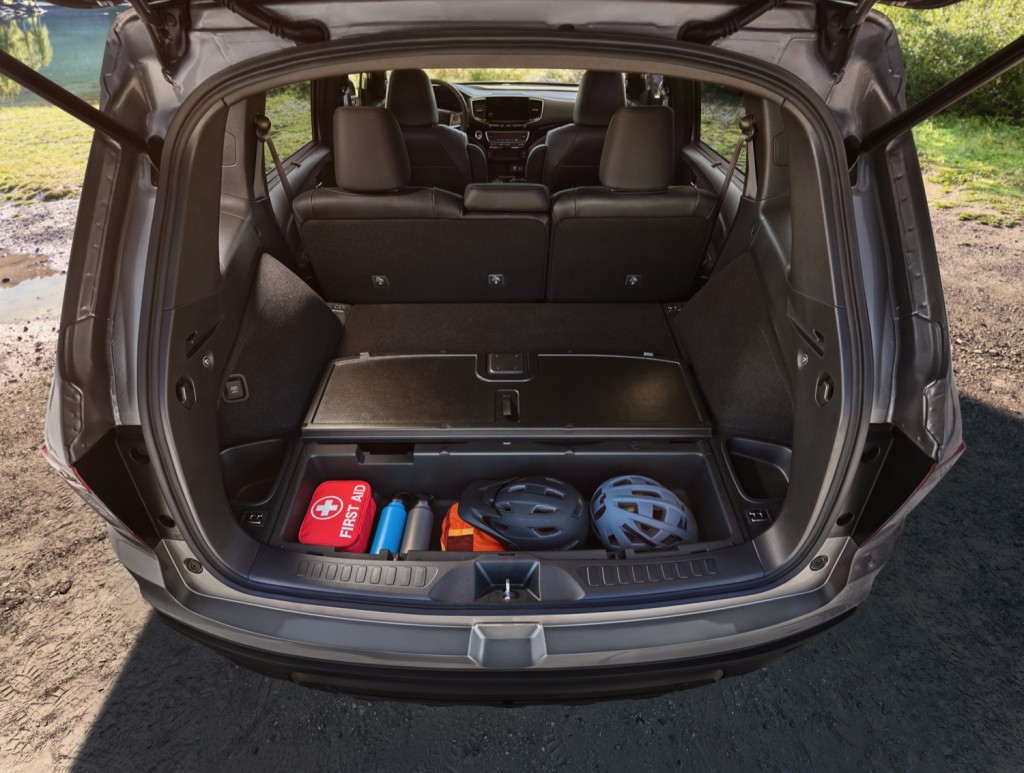 The new Honda Passport features a plethora of tech features. Entry-level models feature a 5-inch infotainment system, LED lights, Smart Start and Entry, a 215-watt sounds system, and three-zone automatic climate control. Those who opt to upgrade to the Passport EX-L, Touring, or Elite trims will be treated to an 8-inch display audio touchscreen system with access to Wi-Fi, HondaLink services, Apple CarPlay, and Android Auto. 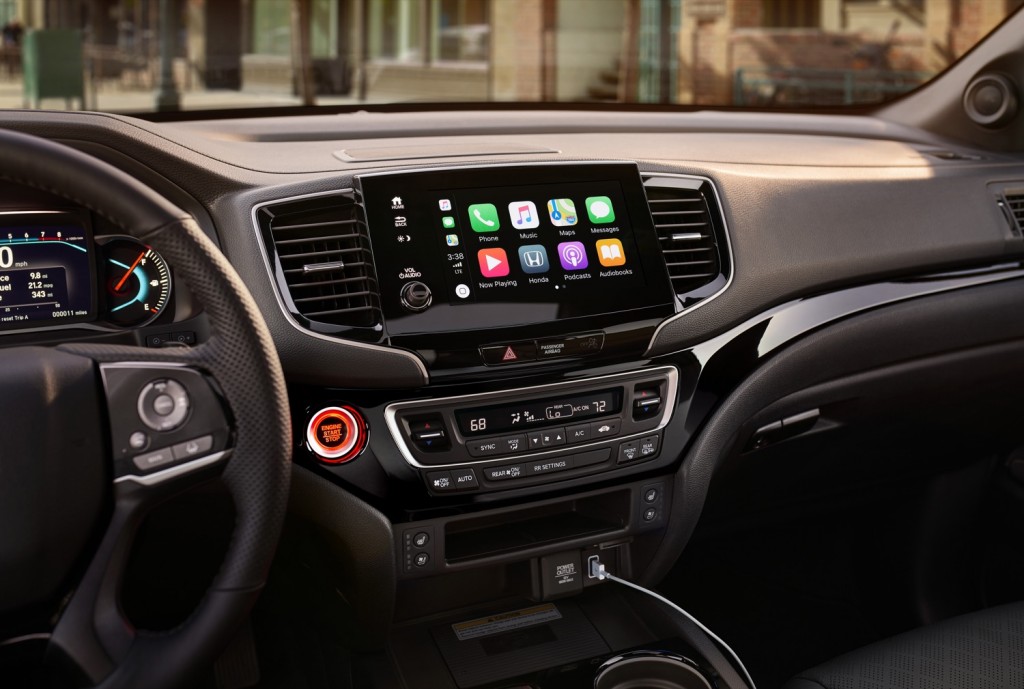 Wireless phone charging and six USB ports are also available. Adaptive Cruise Control and the innovative Rear Camera Mirror are available on the RS and Premier trim levels. The automatic heated steering wheel and heated/ventilated front seats turn on with the remote start feature, so you never have to dread climbing into a car that’s uncomfortably hot or cold. The Honda also features the heated and cooled front seats along with the heated steering wheel, but it’s currently unclear whether it has remote start.

Besides competing with each other, the 2019 Blazer and new Honda Passport will take on two established segment rivals – the Nissan Murano and the Ford Edge.

In addition, the Hyundai Santa Fe, Kia Sorento, and GM’s own (second-generation) GMC Acadia also play in the same space. Volkswagen is rumored to enter the fray in the near future with a shorter, two-row variant of its new Atlas model. Toyota remains absent from the midsize crossover space after the discontinuation of its Venza several years ago.

Coincidentally, as GM and Honda think alike to introduce midsize crossovers at nearly the same time, the two automakers are also developing quite the romance in autonomous vehicle engineering, while collaborating on fuel cell technologies.