With the introduction of the mid-size Chevrolet Colorado and GMC Canyon, General Motors managed to overtake its cross-town rival, the Ford Motor Company, as America’s best-selling purveyor of pickup trucks. The Blue Oval has responded with the new Ranger. But it is going a step further by introducing another model – a Ford pickup of compact dimensions.

Discovered by our sister site, Ford Authority, the new truck – likely to be called Ford Courier – will slot under the Ford Ranger as the smallest Ford pickup. It will ride on the same unibody (car-based) platform that underpins the new Ford Focus. Power will come from a turbo-charged four-cylinder gasoline engine. A gasoline-hybrid and a diesel offering are also possible.

Ford recently began testing the new compact pickup, and Ford Authority has just obtained spy shots of an early prototype disguised as a van. The new Ford Courier is expected to come to market in late 2020 or early 2021 as a 2021 model year vehicle. 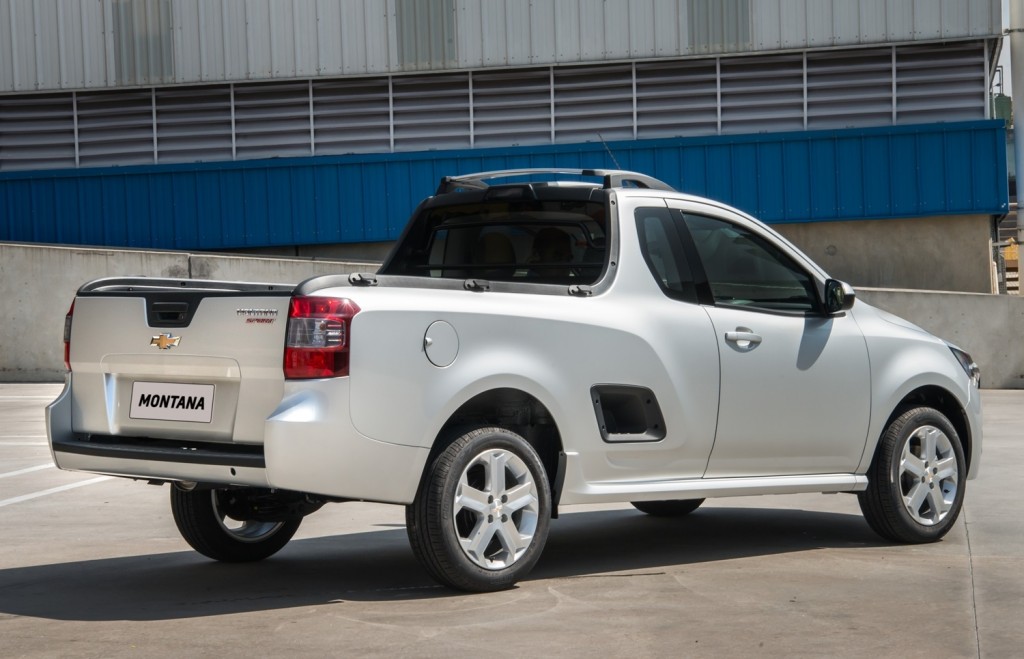 Meanwhile, GM doesn’t appear to be planning any form of truck offering beneath the Chevy Colorado and GMC Canyon that would challenge the upcoming compact Ford pickup. The General does, however, sell a small unibody pickup in Mexico and various South American markets called the Chevrolet Montana or Tornado, depending on the market. The model is based on a modified GM Gamma platform shared with the likes of the Chevrolet Sonic/Aveo, Onix/Prisma and (Latin American-market) Cobalt.

If nothing else, here’s to hoping that GM has explored the potential behind a small, car-based truck. Otherwise, the new Ford pickup will have the segment all to itself for a while.