General Motors hopes to counteract a slowing U.S. auto market with a greater focus on commercial vehicles and fleet sales.

Reuters reported earlier this month that GM countered a 1 percent dip in retail sales with a 24.1 percent increase in commercial vehicle sales this past November, according to a source familiar with the matter. The focus is apparent as GM relaunched itself into the low-cab-forward truck business via an Isuzu partnership and announced plans to re-enter the medium-duty truck space with a Navistar partnership. The partnership birthed the new Silverado 4500, 5500, and 6500 pickups. 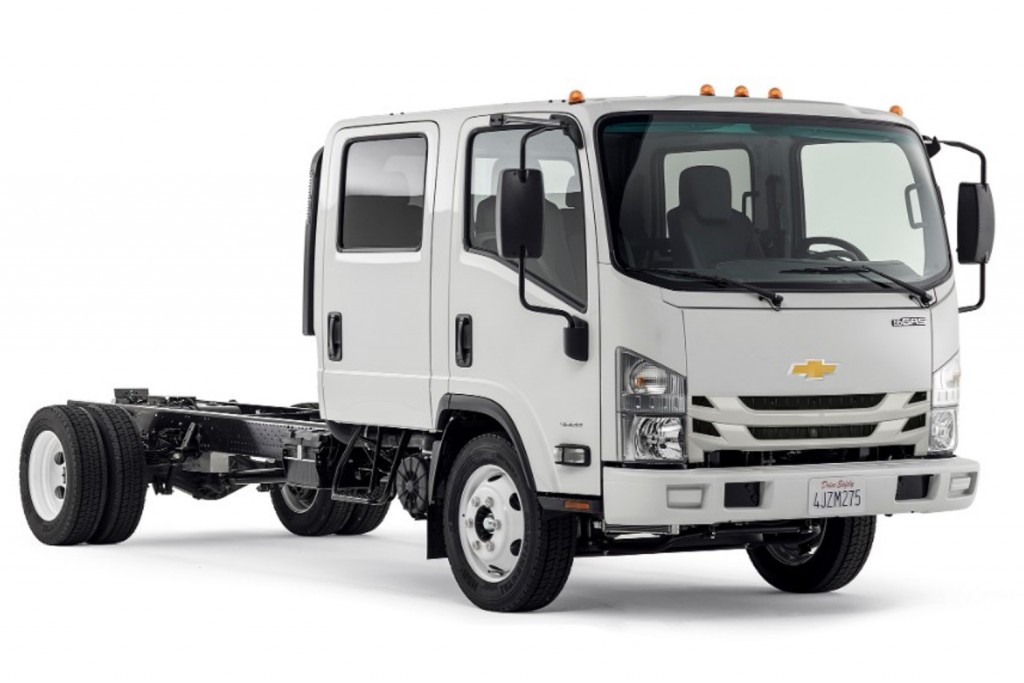 The medium-duty trucks can be used for tow trucks, utility vehicles, dump trucks, and more. GM exited the segment in 2009 as it entered Chapter 11 bankruptcy.

GM believes for every medium-duty truck it sells, it supports the sale of up to six pickup trucks, SUVs, or passenger cars.

Part of the strategy has been to pull away from rental fleet sales to provide more resources for commercial fleets. GM’s total sales figures used to include 15.8 percent of the figure going toward rental fleets in 2013. The figure is down to around 10 percent today. Meanwhile, commercial sales have risen to about 11 percent, up from 7.8 percent. And that’s before the medium-duty Silverado launch.

Although Ford leads in the segment with about 40 percent of market share, the automaker said it has no plans to challenge GM’s expanded lineup via the Navistar partnership. GM commercial sales grew 13.5 percent through November of this year compared to a 5.1 percent increase at Ford.

And the strategy should help support the industry at large as auto sales continue to plateau and eventually slow down as many experts expect.