The closure of Oshawa Assembly will impact more than 2,500 workers and will spell the end for a plant that has been up and running since the early 1900s.

But while GM Canada shifts its focus away from manufacturing, its turning its attention toward product and technology development. The company opened its new Canadian Technology Center (CTC) in the Toronto suburb of Markham  last year and hired on 450 employees to work there. It plans on hiring another 500 skilled workers by 2020, with many coming out of Canadian universities.

“We see the future very strong here and in Canada for the development side,” Hester said.

The Markham CTC’s main focus is on advanced mobility, connected cars and other innovations pertaining to advanced technologies. It will be supplemented by a new Urban Mobility Campus in Toronto, which will serve as an additional research and development facility. The head office for Maven in Canada, GM’s car sharing service, will also be located on the seven-acre property, along with Cadillac Canada’s offices. 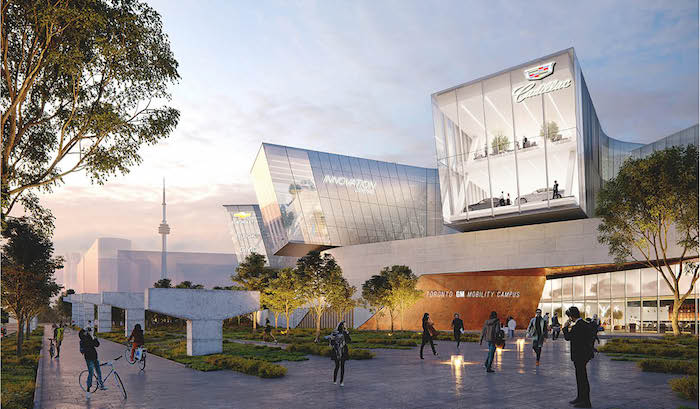 Jobs created by these new tech campuses will be no consolation for the thousands of workers who will be left without a job when Oshawa closes next December. Hester also made it clear that GM won’t be going back on its decision to close the plant. He told the CBC it’s difficult to talk about allocating product to Oshawa after December 2019 “because there isn’t anything to build.”

“I don’t think you could put anything else in Oshawa,” Hester added. “Not without spending incredible amounts of investment, which would make it not viable.”

GM Canada operates two other manufacturing facilities not far from Oshawa in Ingersoll and St. Catharines. The Ingersoll facility builds the Chevrolet Equinox, while the St. Catharines site builds V8 and V6 engines, along with transmissions. Those two sites are “going to be unchanged and continuing for the immediate future,” Hester said.