Slip into a Chevrolet Colorado and GMC Canyon, and you’ll discover just how larger today’s midsized pickup trucks are. They’re roomy with serious pickup truck performance, nipping at the heals of their larger, more powerful—full-size—stablemates. But before the Colorado and Canyon, there were the Chevrolet S10 and GMC Sonoma, two compact pickups from Chevy and GMC. But they disappeared in 2004 with sales falling as consumers optioned up for the full-size offerings, which had improved significantly in both comfort and efficiency. Replacing them were the larger Colorado and Canyon.

While their demise happened almost 15 years ago, the predecessor to the Chevrolet S10 and Sonoma started life as a rebadged Isuzu decades before that. Chevy slapped a bowtie on the front and called it the LUV—short for light utility vehicle. That happened in the early 1970s, and it was the predecessor to the S10, which Chevy debuted in 1982. It was larger than the LUV it replaced; however, it still fell into the compact truck category. 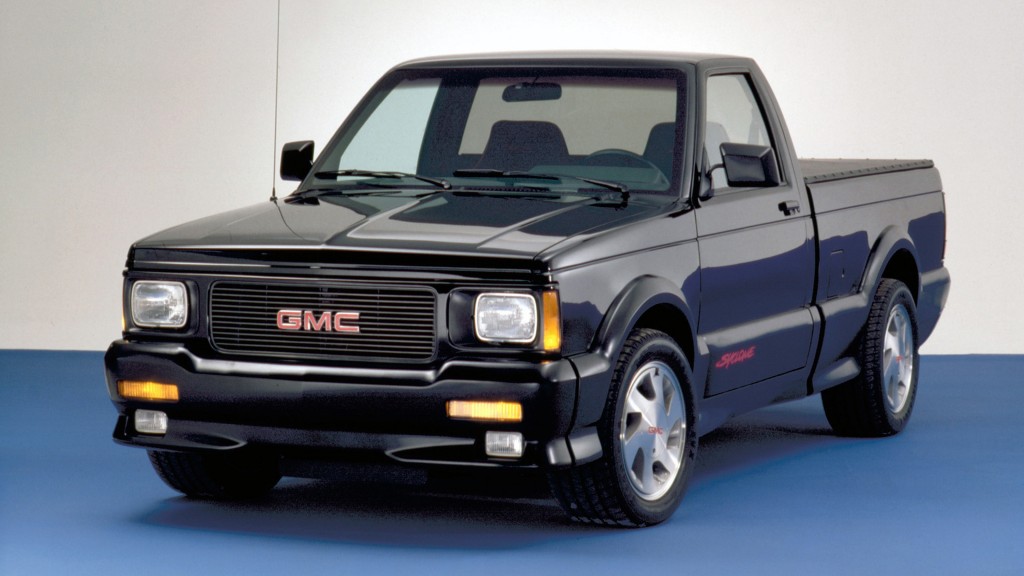 The video, another Up To Speed short from Donut Media, gives a deep-dive in the S10’s illustrious history, even touching on the GMC Sonoma and infamous Syclone—a Ferrari-stomping pickup truck with a turbocharged V6 making 280 horsepower, sending the workhorse from zero to 60 miles per hour in 4.3 seconds. Today that seems slow, but in the early 1990s, that was supercar levels of performance.

The video also touches on several of the S10’s more iconic offerings, such as the S10 Baja, Top Gun, and others. The Baja was a beast of an off-road vehicle, with skid plates, special bumpers, an aggressive appearance, and an off-road suspension setup. It was a true off-road king long before the Ford F-150 Raptor sauntered onto the scene.

Looking back, the S10, Sonoma, and other compact pickup trucks were an oddity. They were small yet versatile vehicles that bred a loyal, if small, following. Today’s trucks are huge compared to 30 years ago. The Chevrolet S10 and GMC Sonoma are relics of a bygone era. Trucks that small are unlikely ever to happen again.