Ford and Holden have both ended production locally in Australia, which has caused sour feelings towards the marques for years. However, Ford has notoriously faired better in the market.

And the brand took a shot at Holden over its continued use of the “Commodore” name for its large car offering. Speaking to Motoring, Ford Australia marketing chief Danni Winter said the brand is “thrilled” it chose not to continue local nameplates after it ended production in 2016.

Specifically, the “Territory” name remained in the cards for the SUV’s replacement, called the Endura. The Endura is what North Americans know as the Edge.

Although Winter did not call Holden out by name, it’s clear she targeted the long-time rival.

“Having reflected on some other OEMs and what they have done I think that was definitely the right decision for us,” she said of ditching the Territory name and leaving it to the history books. While many fans remember the locally built Falcon sedan, the Territory SUV was also a homegrown ordeal. It was the only SUV ever designed, engineered, developed, and manufactured in Australia—and it was a massive success for the brand. 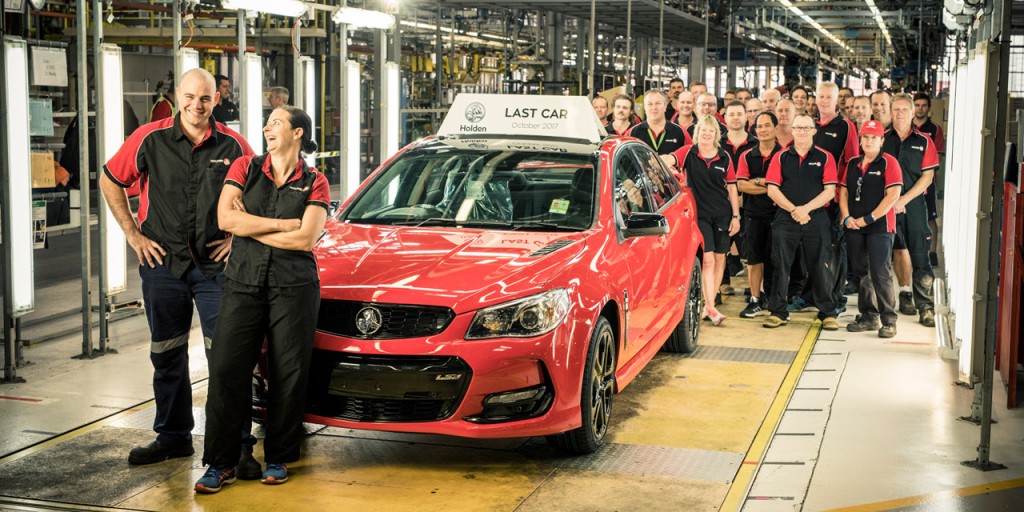 She added that watching someone else, implying Holden, go down the path of retaining an iconic name reinforced Ford made the right decision to call the Territory replacement the Endura.

Fans have remained rather sour toward the VF Commodore’s replacement: the ZB Commodore, a rebadged Opel Insignia, or what we know as the Buick Regal. Unlike the previous car, the new Commodore is not a sedan, does not offer rear-wheel drive or a V8 engine. Sales have remained dismal, but the Australian market has also continued to shift toward crossovers and SUVs, much like other parts of the world.

The Commodore’s future remains in question. GM has a contract for PSA Group—Opel’s new owner—to build the Regal and Commodore for only a few years. After that, it will be on GM to build its own sedan as a replacement. And judging by the automaker’s attitude towards passenger sedans, it seems more unlikely than ever we’ll see another Regal, which could spell the end of the Commodore, too.