This is what happens when one of the prettiest cars gets together with one of the best sounding engines.

Do you know the story of Giotto Bizzarrini? The great Italian motorsport mastermind is responsible for a litany of our favorite things, fom the Ferrari 250 GTO, the Ferrari Breadvan, the Lamborghini V12, and the little known Grifo.

Bizzarrini got his start as an engineer/test driver at Alfa Romeo before he was poached by Enzo Ferrari himself to join his small staff at Ferrari. He worked for five years as Ferrari’s chief engineer and exclusively oversaw the company’s experimental, Sports, and GT car development, but was ousted from the company in 1961 as part of a group who disagreed with the constant meddling of Enzo Ferrari’s wife in the automaker’s day-to-day business.

Following his departure from Maranello, Bizzarrini flourished in a freelance role. He partnered with Iso Autoveicoli to build comfortable road going GT cars, however, Bizzarrini wasn’t really interested in comfort, he was looking to build race cars. That was how the Iso Grifo V8 A3/C was born. And like other Iso Grifo cars, it beats with the heart of a Chevrolet small block out of a Corvette. 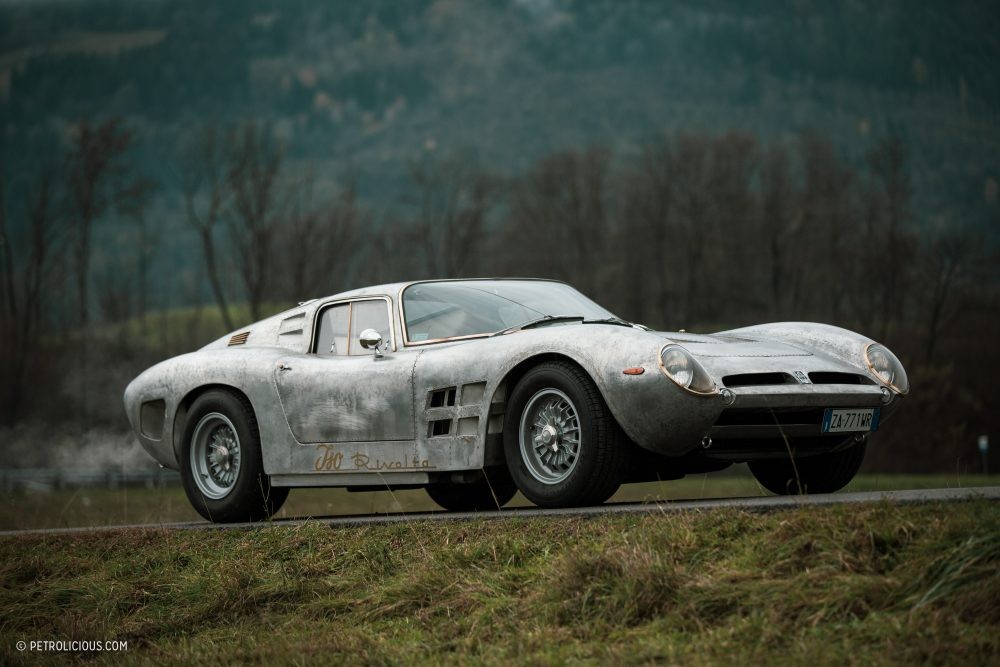 The Grifo’s shape was low and wide with fat slab sides to help with ground effects aerodynamics. It used a shortened version of the existing Iso Rivolta’s chassis and the Corsa models wore bodies that were constructed from aluminum, copper, and magnesium which were held together by thousands of pop rivets. The car was extremely light and cut through the air well, as it roared with a 327 cubic-inch small-block sourced from the Chevrolet Corvette. In race trim, the 5.3-liter unit in the Grifo A3/C was upgraded with a hotter cam and four massive Weber carburetors.

Bizzarrini’s Corvette-powered Grifo would go on to take class victory at Le Mans, but even so, the partnership with Iso deteriorated to the point that Bizzarrini would take his design for the Grifo A3/C and sold it under his own name as the Bizzarrini 5300 GT.

The car in the video is actually a recreation of one of the original ten cars produced with riveted bodywork. Roberto Negri, is the principal at Il Bottegone Restauro, and was one of Iso’s original employees who built the Iso Grifo V8. His family is recreating “new” examples of the Riveted Racer with the original designs and spare parts provided by the estate of the Rivolta family.