This past weekend, Chevrolet got into the holiday spirit and presented a fleet of 2019 Silverado pickup trucks to Operation Homefront, a nonprofit organization that supports military families.

The 2019 Chevrolet Silverados were presented at the annual Army-Navy football game, which called the Silverado its official vehicle for the ninth year running. In total, Chevy donated seven trucks to the organization to help the nonprofit better serve military families. Their mission this season will be to help deliver backpacks for military children, holiday meals, holiday toys and baby supplies, and for other support programs throughout the year. The trucks will serve at six of the organization’s offices across the United States. 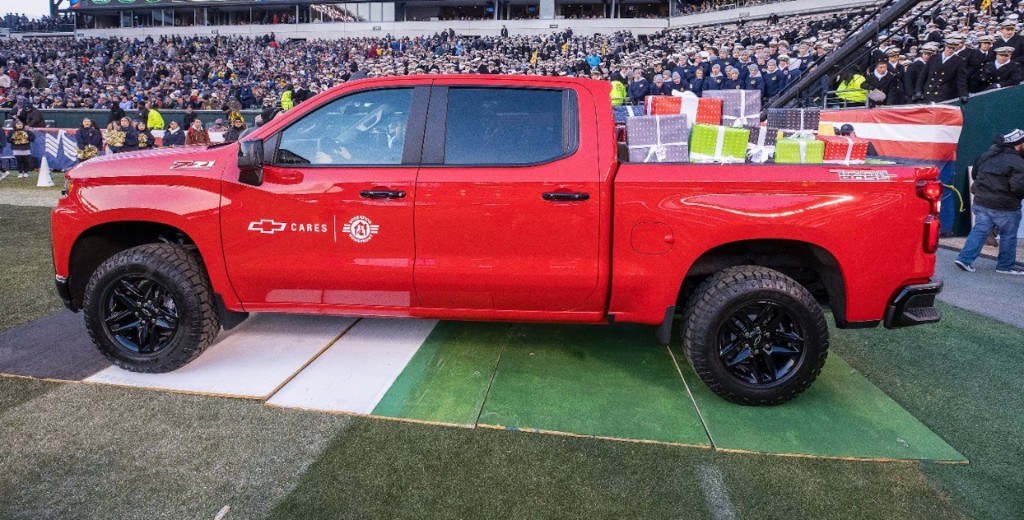 Operation Homefront also provides financial assistance, transitional and permanent housing, and other support systems for military families to ensure those who served the country don’t struggle to make ends meet. It’s goal is to stop short-term needs from turning into long-term struggles.

The brand’s support for Operation Homefront falls under the “Chevy Cares” umbrella of good deeds. The brand also throws its support behind Breast Cancer Awareness month in October, youth sports and disaster relief. 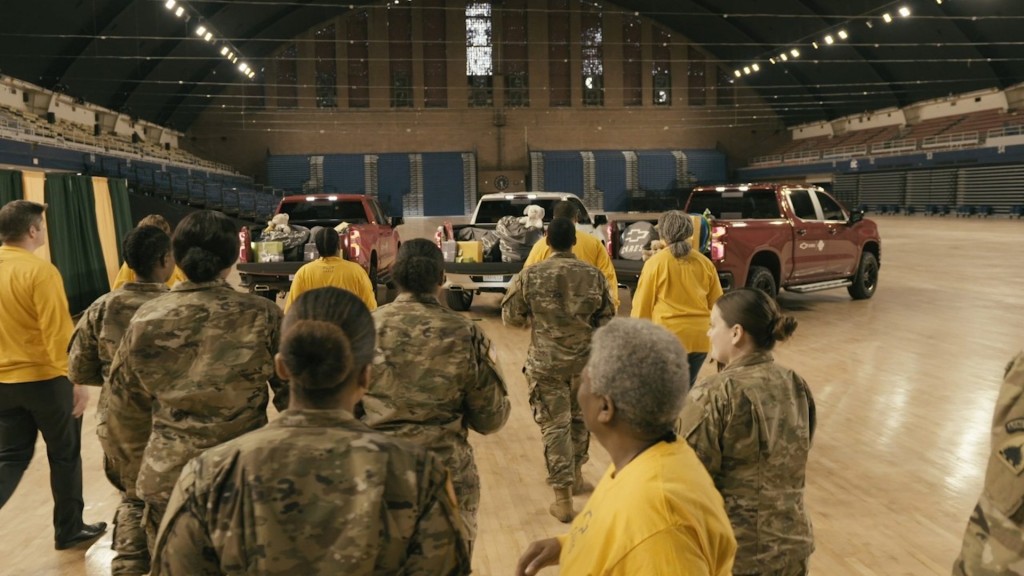 The truck on display at the Army-Navy game was a 2019 Silverado Trail Boss finished in red with black accents, one of the numerous trims the 2019 Silverado will be sold in.

As for the game itself, the Army Black Knights held off the Navy Midshipmen. At the end of the game, the Army came out on top with a final score of 17 to 10.