With 755-hp available from its gluttonous 6.2-liter supercharged LT5 V8, the 2019 Corvette ZR1 isn’t really a plaything for those easily inundated by velocity. Luckily, Corvette Racing legend and Hall of Famer, Ron Fellows, is no such man. Fellows is one of the most accomplished Corvette racing drivers of all time with three wins at the 24 Hours of Le Mans, two 12 Hours of Sebring wins, victory at the Rolex 24, along with American Le Mans Series championships. 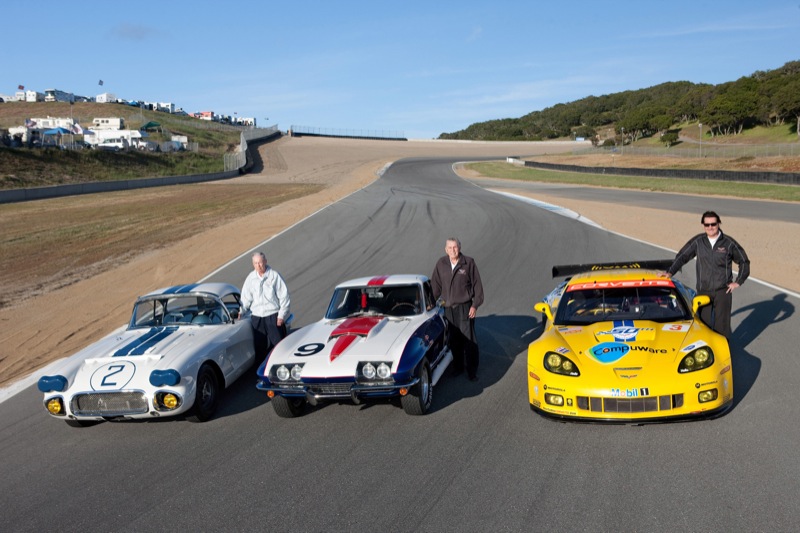 Fellows has become so ingrained in the Corvette family that he also operates The Ron Fellows Performance Driving School which is billed as “The Official High-Performance Driving School of Corvette”. The school operates out of Spring Mountain Motorsports Ranch in Pahrump, Nevada, and at Fellows’ spiritual home, Canadian Tire Motorsport Park, located just outside Toronto, Ontario.

Over the Thanksgiving weekend, Fellows took the opportunity to share a video captured with one of his school’s 2019 ZR1’s Performance Data Recorder as he hot lapped Spring Mountain’s East Track. You can see Fellows wind the 2019 Corvette ZR1 out to 137 mph on the track’s back straight before chucking it into a third gear right-hander at highway speed, followed by another right-hander at nearly 100 mph.

Although rapid by mere mortal standards, Fellows himself actually claims he was taking it easy as his son was riding shotgun. It’s easy to see Ron isn’t pushing the 2019 Corvette ZR1 to its absolute limits, he lifts early and brakes casually, rotates the car perfectly before dipping back into the power. The lap is fast no doubt, but we’re sure it’s not the fastest lap Ron has ever turned around Spring Mountain.

As a reminder, owners of the new 2019 Corvette ZR1 are entitled to free tuition for a two-day performance driving course with the Ron Fellows Performance Driving School at Spring Mountain. With 755 hp on tap, it’s safe to say the two days are necessary.