We’ve previously seen mules of the all-new 2020 Buick Encore undergoing testing both in the U.S. and in South Korea. Those units we wearing some heavy cladding to cover up the body, but our spy photographers just caught up to a prototype model that traded its heavy black camo for a tight-fitting checkered wrap, giving us our best look at Buick’s second-generation B-segment crossover SUV. 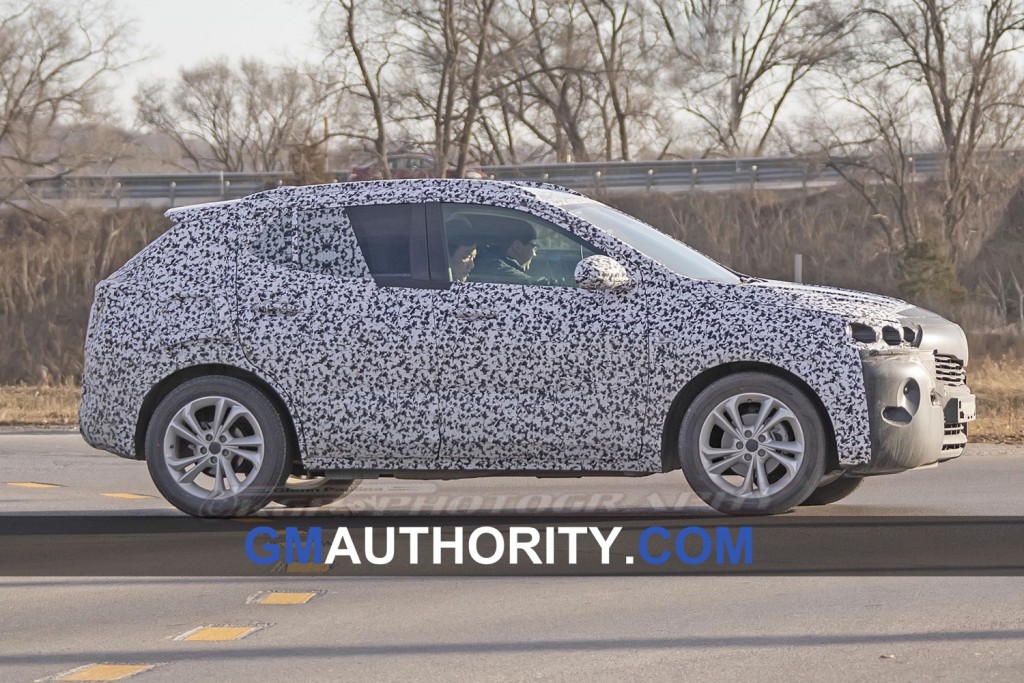 One look at this 2020 Buick Encore prototype and it’s clear that the new model will be only slightly larger than the current, first-generation vehicle. Despite the presence of a longer wheelbase, this CUV will remain a subcompact offering. Even so, the second-gen model appears to be better executed that the first-gen, with various details that deliver a more elegant appearance. 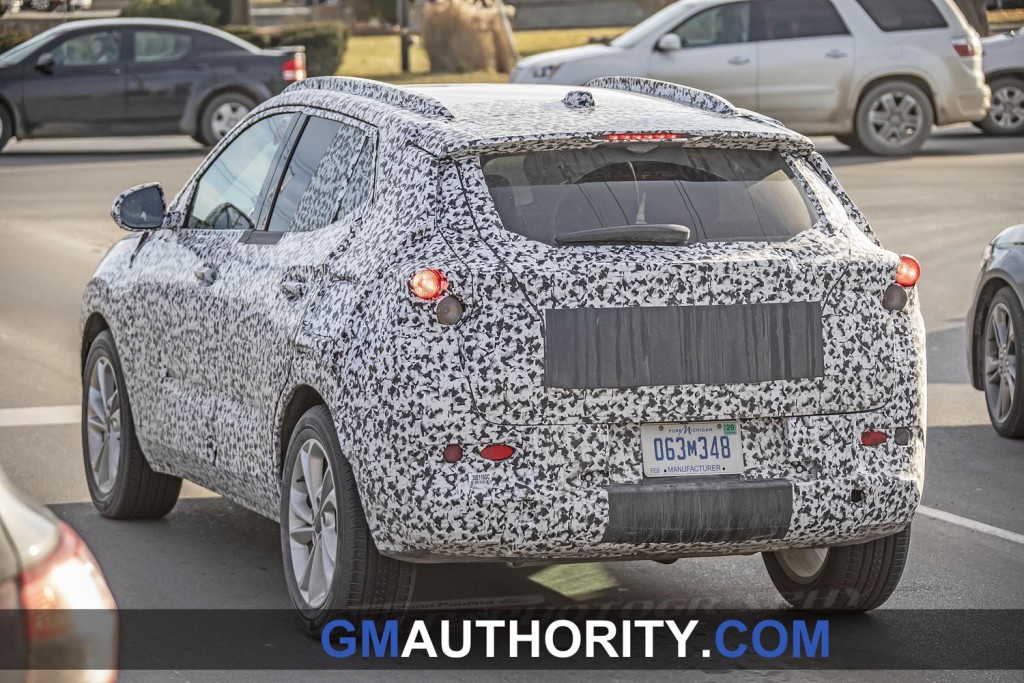 One of the areas that achieves that very goal is a cleaner, more natural execution of the A-pillar, particularly the cutlines around the area.

In addition, this prototype swaps the pedestal-style mirrors to a more traditional side-arm configuration. The change really improves the appearance of the small vehicle, giving it a more grown-up, cohesive look. By comparison, the current model’s pedestal-style mirrors gave off somewhat of a cartoonish vibe. 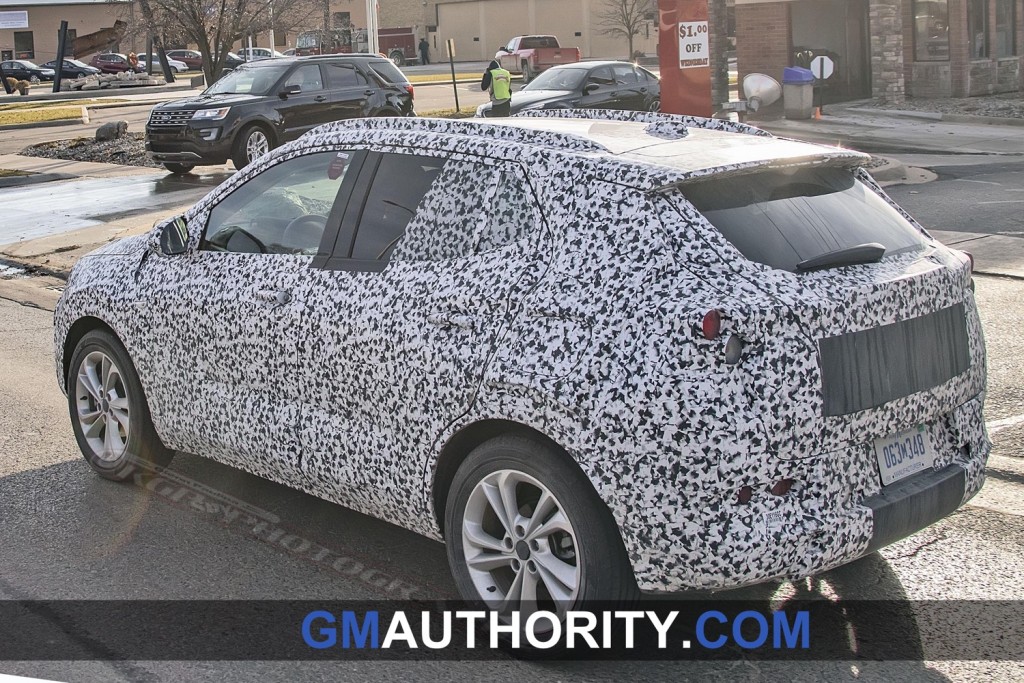 In addition, the side-window-profile of this 2020 Buick Encore prototype remains quite similar to that of the current model, while giving off the feeling of being somewhat longer and more substantial. 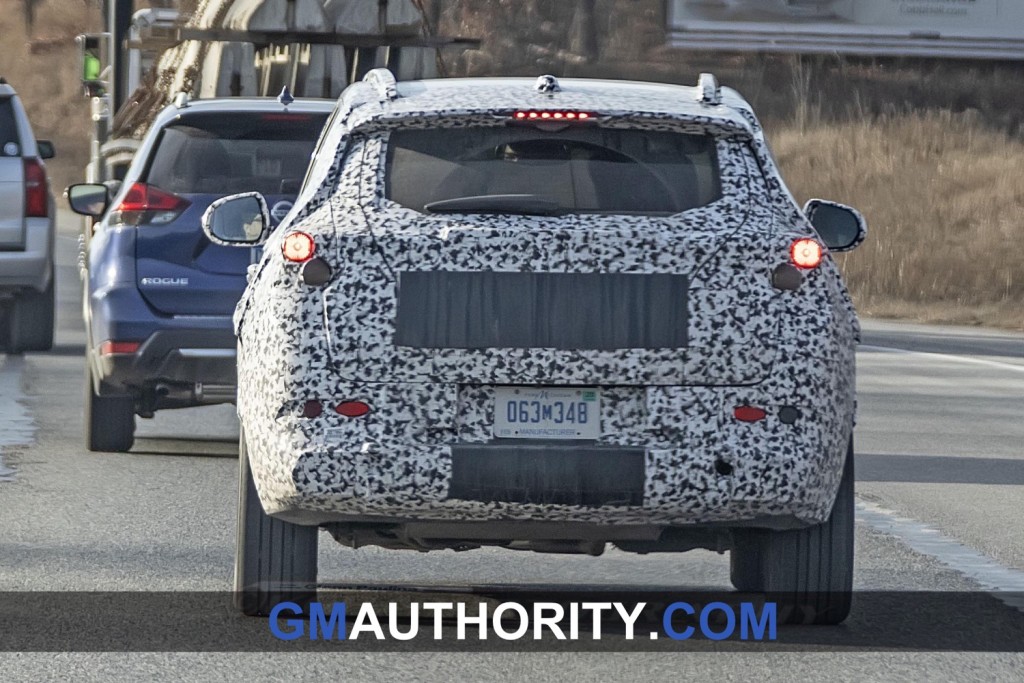 The single exhaust outlet of the current model appears to have been replaced with a unit tucked under the vehicle, disguising the outlet altogether.

We should also note that this tester is running with placeholder headlights and taillights, so we shouldn’t rush to any conclusions surround the lighting elements just yet. 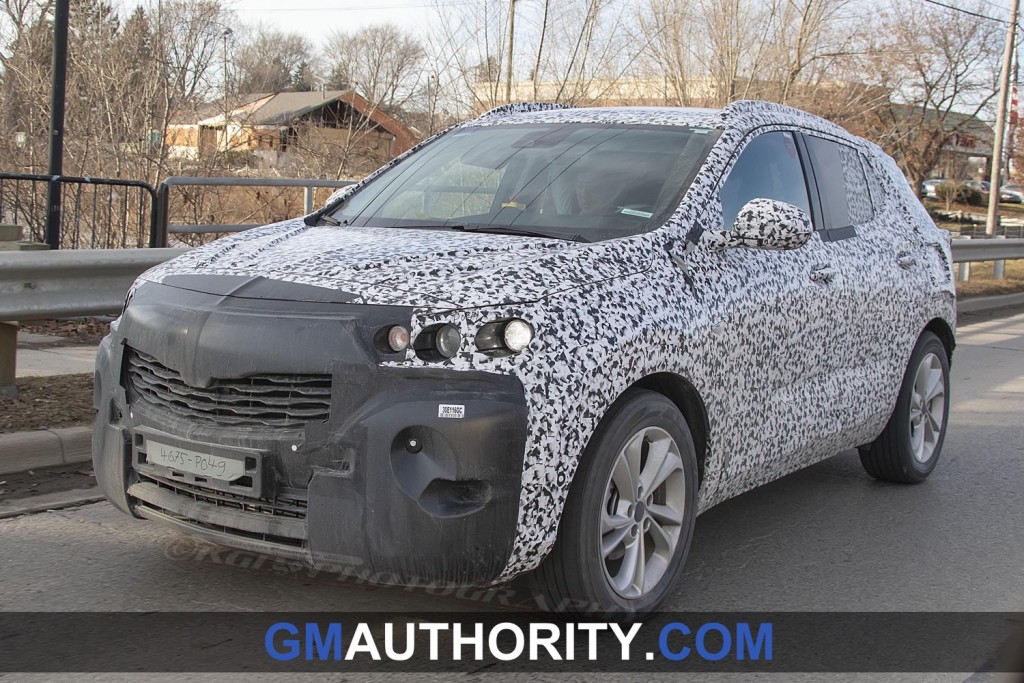 Despite some reports stating that the new Encore will see a substantial growth in size, we believe that 2020 Encore dimensions will remain relatively close to those of the current model, as it will slot beneath the compact Buick Envision and expected Buick Enspire in the Tri Shield brand’s crossover lineup. 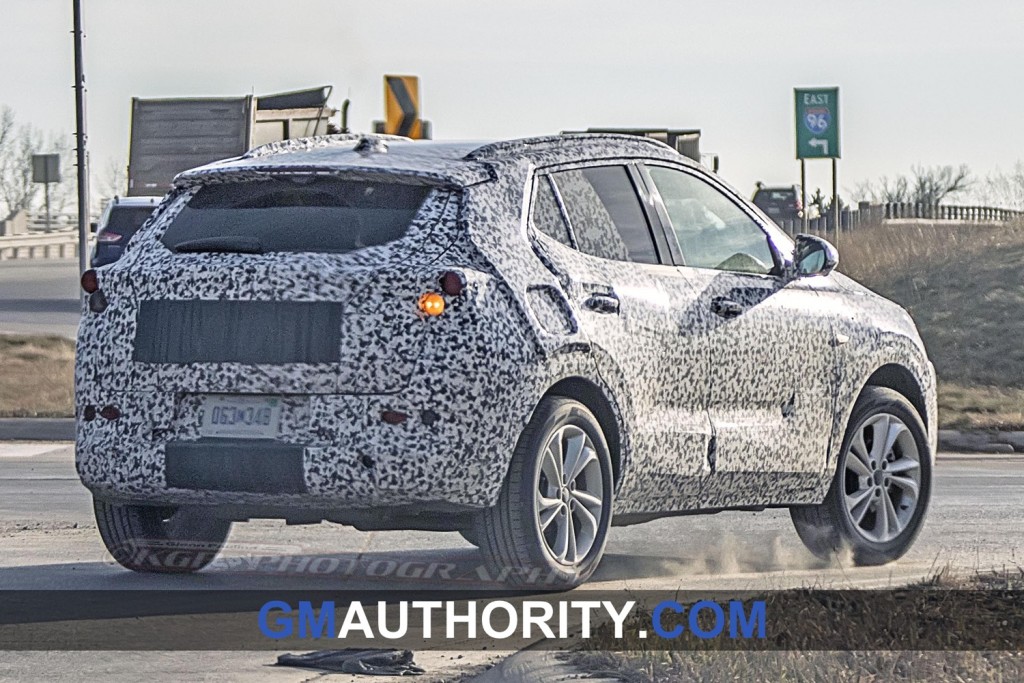