During the 2019 Silverado media drive in Wyoming in August, Chevy brought with it a piece of history – a 1960’s Chevrolet C10 Stepside. But the C10 wasn’t at the event for laughs and giggles. Instead, it was towed there by the all-new 2019 Chevy Silverado High Country to make a point – to showcase Chevy Trucks’ lineage and progress through half a century.

The truck being towed by the 2019 Silverado High Country appears to be a 1965 Chevrolet C10 Stepside – a design that harks back to the days of leather-handed American life, while becoming an icon among pickup trucks. The slightly rusted bumpers, faded paint and no frills look is a thing of beauty to those who love trucks from that time period. And, as we recently discovered, there are plenty of C10 fans. 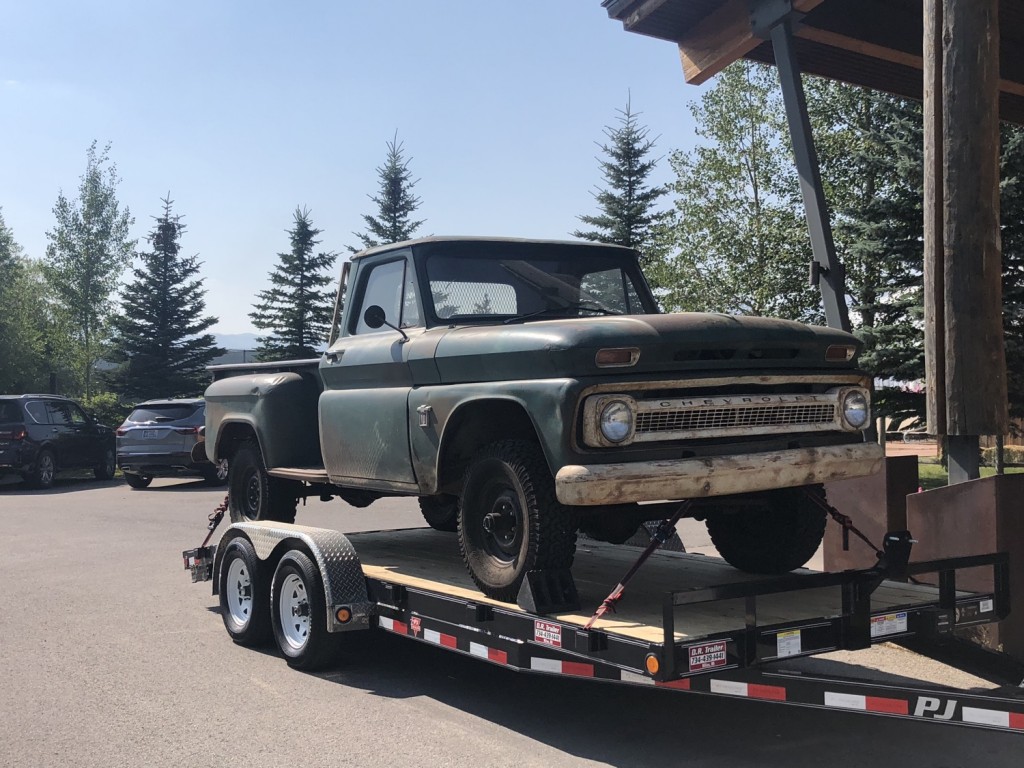 One of the very first things that stands out to us is just how much larger the 2019 Silverado is compared to its great-grandfather: Chevy’s new full-sizer stands just as tall as the C10 that’s loaded onto the bed, while also being nearly twice as long and notably wider.

Notably, the C10 didn’t really have a luxurious model that could be considered analogous to the 2019 Silverado High Country of today. Yet even though the High Country is the Silverado’s range-topping trim focused on the latest technologies and creature comforts, it’s still a pickup truck at heart. And that means that, at the end of the day, it can still serve those who depending on their truck for hauling, towing, or getting things done – whether for work or leisure.

The 2019 Silverado High Country is built on the new GM T1 platform, which enables it to become larger while also shedding a whole bunch of weight. Powered by the optional 6.2L V-8 L87 engine mated to the new GM 10-speed automatic transmission, the truck is no slouch. 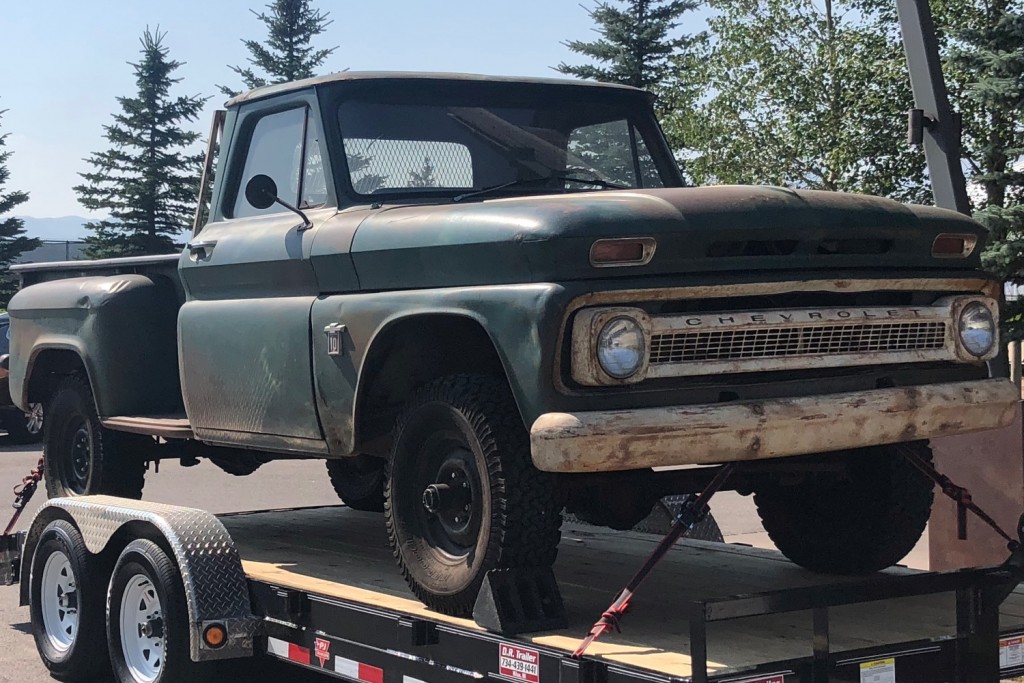 Meanwhile, the 1960s-era Chevy C10 trucks came with choices of, at the time, fuel efficient and durable inline sixes or Small-Block eights that still can keep up with traffic today. The C designation stood for Conventional, and was used for 2WD trucks driven by the rear wheels. Models with four-wheel-drive were given the K designation.

Prior to the 1960 model year, the C10 also had a much more intricate hood design that proved difficult to stamp and replace, which led to its discontinuation. After , the C10 began to be outfitted with more creature comforts, such as power steering, power brakes, and air conditioning. This, in turn, helped fuel the transition of pickups into personal-use vehicles that they often are today, as opposed to models purely used for work purposes.