The 2019 Lincoln Continental ushers in a well-loved trait from the past with the addition of suicide doors, or “coach doors,” as Lincoln prefers to call them. In the process, the brand may have outdone Cadillac.

Lincoln will build just 80 examples of the Continental Coach Edition, which comes with a set of suicide doors that look, let’s face it, really damn good. The rear doors open 90 degrees for easier entry and exit, but it’s not a simple job. In fact, Lincoln isn’t even responsible for the final production.

After the sedan leaves the Flat Rock, Michigan, assembly plant, it heads to Cabot in Boston. There, the coachbuilder cuts the Continental at the B-pillar and adds another six inches to the sedan to give it a larger rear cabin and make room for the longer rear doors. Cabot also installs a unique flow-through center console with a tablet holder, wireless phone charger, and climate control system.

Under the hood sits the range-topping powertrain: a 3.0-liter twin-turbo six-cylinder engine with 400 horsepower and 400 pound-feet of torque that heads to all four wheels. And each car is a Black Label edition, which loads the sedan with numerous comforts for drivers and passengers. 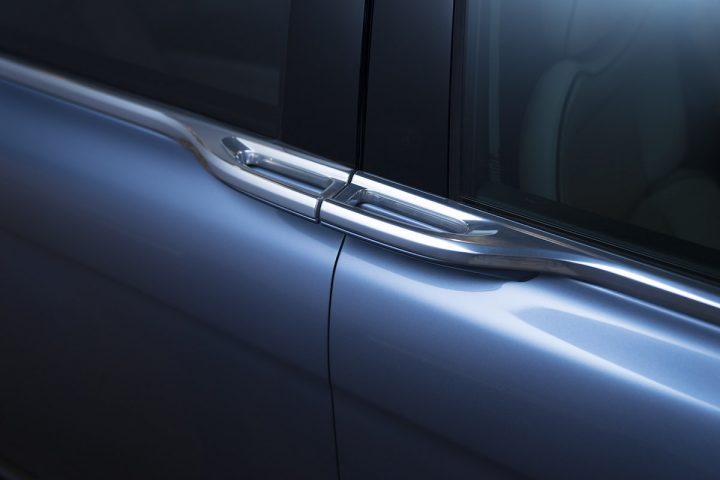 Unfortunately, the stretched Continental won’t have any competition from rival Cadillac. GM’s luxury brand has killed the CT6 and XTS as part of a massive restructuring. And the only other vehicle currently in production to sport the slick coach doors is the Rolls-Royce Phantom.

The added amenities will cost over $100,000 when the Continental Coach Edition goes on sale next year. Lincoln said the car will return for another model year, but production will remain limited. It’s unclear if Lincoln has plans for a next-generation Continental, but if not, we can consider this the car’s swan song if it joins the CT6 and XTS in the automotive graveyard.