The 2019 Chevrolet Silverado 1500 High Country finished last in a thee-way pickup truck comparison test with the 2019 Ram 1500 and 2019 Ford F-150. Car and Driver, which performed the comparison review, also levied heavy criticisms at the all-new Chevy, slamming it for having a feeble chassis, harsh ride and cheap interior materials.

We’ll start with what C&D hated most about the 2019 Silverado: its new platform. Its road testers found the pickup to have a rough, unrefined ride that would jostle and oscillate over bumps. “This truck shakes and vibrates so much that, bombing down a rough road, we expected to get a call from OnStar asking if we’d been in an accident,” C&D wrote in its review. One editor even observed a visual difference between the Silverado and the F-150 when the two trucks went over bumps, with the Silverado’s suspension  shaking and jostling and the F-150’s absorbing the bumps much better. 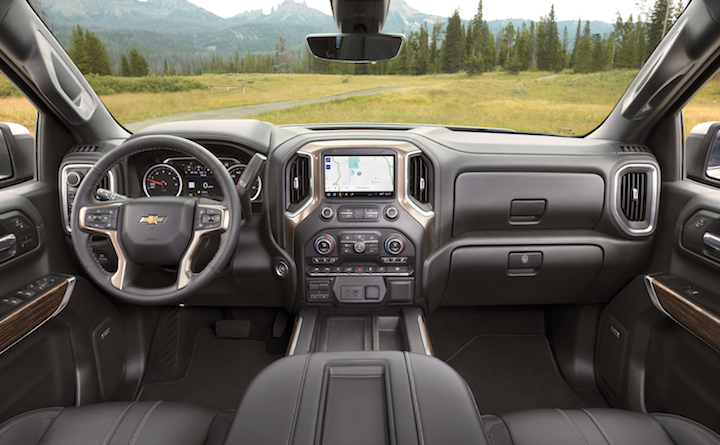 C&D editors had critiques for the interior as well, saying the plastics had a cheap look and feel (even in High Country trim) and that the design seemed “phoned in.” By comparison, the Ford, and especially the Ram, felt like true luxury packages. They didn’t like the $70,000 price tag on the well-equipped High Country tester they had, either, saying the truck wasn’t good value and that it felt like a $70k kick in the privates. Ouch.

It wasn’t all bad, though. The 6.2-liter V8 engine impressed, of course, with its burly Small Block engine note and robust torque. C&D also appreciated its fuel economy, which proved to be better than that of Ford’s 3.5-liter EcoBoost V6 both with a trailer attached and without. The performance was also good, with the Silverado completing the quarter-mile in 13.9s at 100 mph. Not bad at all for a 5,500 lb pickup.