It has been five full months since Chevrolet announced the 2019 Blazer on June 21st. The Bow Tie brand has already shared all kinds information about its upcoming midsize crossover SUV, including engines, trim levels and pricing, unibody structure, and even rear exhaust treatments. But the one thing that we are still in the dark about are 2019 Blazer dimensions – such measurements like length, width, height and cargo volume that enable consumers to determine whether the new Blazer is for them, orn ot. In fact, GM Authority has not received a single reply to our  three requests for dimensional info from Chevy. But new information sheds some light on at least one of the metrics in question.

According to documents seen by GM Authority, the 2019 Blazer dimensions entail a length 189.9 inches (4,823 mm) on a wheelbase of 112.5 inches (2,858 mm). That would make the new Blazer almost identical in length to the Cadillac XT5, with which it shares its C1 platform, while being roughly four inches shorter than the second-generation GMC Acadia.

It’s also worth noting that the Chevrolet FNR-CarryAll concept (which we might as well call the three-row Blazer) is six inches longer. Curiously, GM’s Chinese joint venture lists the wheelbase of that model as 112.87 inches (2,867), which we believe to be a mistake. Instead, we have knowledge that the three-row Blazer concept rides on a 112.5 inch-long wheelbase, the same as the Acadia and XT5. 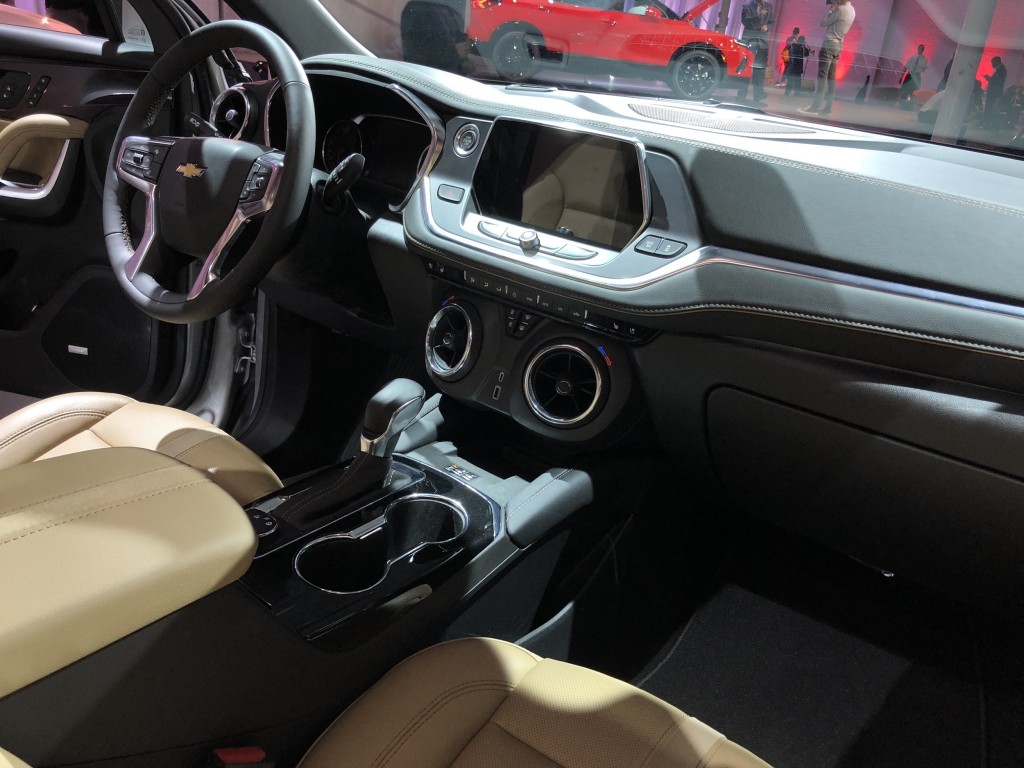 So, until Chevy decides to officially share the 2019 Blazer dimensions, that’s all we have for now. Keep in mind that the noted figures are not official, and could very well be off the mark… though we believe that the probability of that is very low.