In rural Michigan, local car shows consist of vintage Americana—cars from the 1950s and 1960s and the accompanying nostalgia. Such shows are populated with Baby Boomers, and are almost always overrun with your typical Chevrolet Corvette, or Camaro, and other iconic American automobiles. But in different regions and younger demographics, car culture is about more than preserving the past—it’s about being unique and standing out in a sea of beige. Take Jay Jones and his 2004 Chevrolet Tahoe.

On the outside, the bright green paint and 30-inch wheels only hint at what lies inside. On the rear hatch is a ghosted image of the Joker, Batman’s iconic nemesis. Inside, Jones, nicknamed Joka (see a theme), the car is packed with 62 high-powered speakers and an assortment of custom touches. The Joker is a recurring theme throughout, with a mini Joker figurine controlling the bass, a Joker face on the steering wheel, and a running Joker animation on the large in-dash infotainment screen. 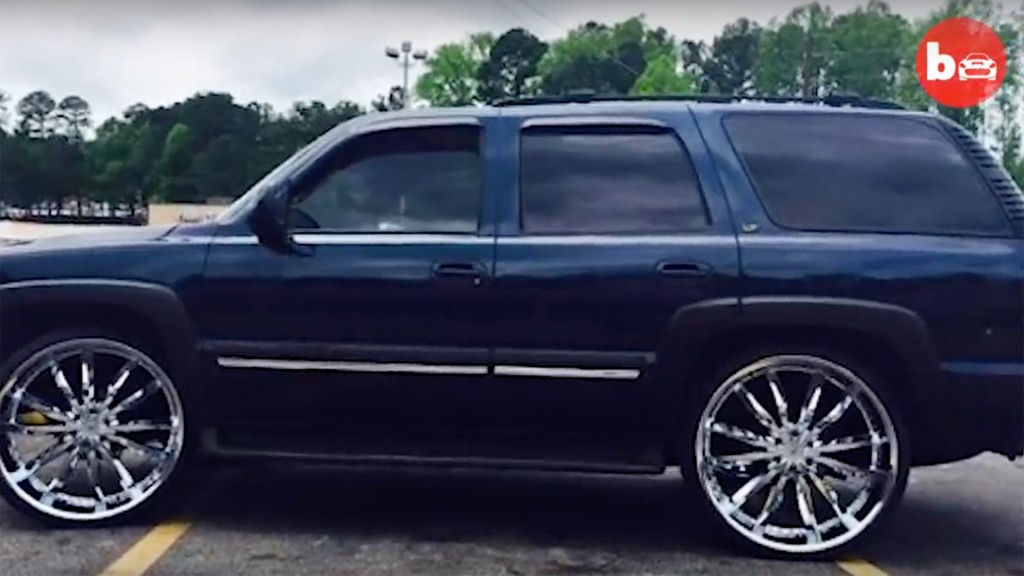 But that’s not all. The speakers are everything—in the doors, A-pillars, cargo area, and hatch. To accentuate the already large number of speakers crammed into the Chevrolet Tahoe, Jones added infinity-effect glass surrounds with LED lights. This makes it appear as if the speakers repeat forever inside the door. It’s a fascinating look.

Many might think Jones’ bumpin’ Chevrolet Tahoe is obnoxious, annoying, or downright ridiculous. But to Jones, it’s much more than just a loud—literally and aesthetically—SUV. Jones bought the Tahoe when it was nothing more than your standard family SUV. He decided to customize the truck as a way to remember and honor his father who passed away a few years ago. Jones got his love of car shows when he attended them with his dad. Now he attends them, bringing his loud SUV to two or three car shows a weekend, cranking up the music and having kids experience the impressive sound—which is loud enough to knock your glasses right off your face. His Tahoe has won 169 trophies.

And that’s what makes car culture so special. People all over the world have these weird, complex, beautiful relationships with the certain automobiles. Tastes, styles, and expectations differ, but at the end of the day, we like what we like, and we should be proud of that, just as Jones enjoys his Chevrolet Tahoe and its 62-speaker audio setup.