Chevrolet Corvettes that earn the coveted title of “classic” are numerous. General Motors began production in 1953, and its continued ever since save for a two-year hiatus in the early 1980s between the C3 and C4 generations. But for all the awesome Corvettes out there, one of the most sought-after models is the L88 Chevrolet Corvette, and one lucky owner will get the opportunity to own this 1969 Chevrolet Corvette L88 pair—a coupe and a convertible—come next month.

Mecum Auctions is selling the two together next month at it Kissimmee auction event January 3-13. The estimated value of the lot is $1.1 to $1.35 million. Rare and sought-after often raise the price tag. The 1969 Chevrolet Corvette L88 became famous for its engine, the L88—a 427-cubic-inch engine producing a ground-pounding 430 horsepower when new. And we know during the era of American muscle cars, automakers like Chevrolet tended to underrate horsepower outputs of performance cars to keep insurance costs reasonable.

Both the 1969 Corvette L88 coupe and convertible are rare in their own right; however, they also have quite elaborate histories that only adds to their value. 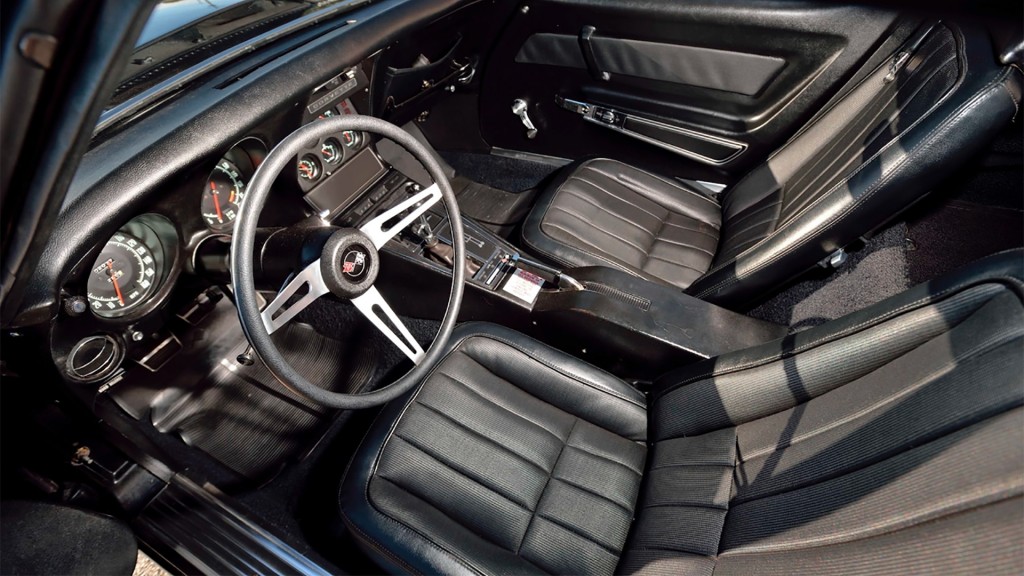 The coupe sat at the dealership “for the longest time” before the first owner arrived with a flatbed trailer to haul away the 1969 Chevrolet Corvette L88. He planned to “Put it away,” and that’s exactly what the owner did, with just over 2,000 original miles.

The Corvette L88 is an exceptionally rare pedigree, only in production from 1967 to 1969, and only 216 were ever produced. These examples are Tuxedo Black— evermore rare—with a black interior.

The Corvette L88 convertible is even more interesting. The first owner was Tony DeLorenzo who raced a 1967 L88 in SCCA, eventually winning 22 consecutive wins in a pair of Owens-Corning Fiberglas-sponsored L88s, according to Mecum. GM historians may recognize the name, as Tony’s father was the General Motors Vice President of Public Relations several decades back. DeLorenzo special-ordered this coupe Corvette, using it as a daily driver. Its triple-black appearance makes it one of two L88 Corvettes ever with a Tuxedo Black exterior, black interior, and black convertible top. But that’s not all. The car came with no power accessories, no air conditioner, no fan shroud, no heater, and no radio, making it a very impractical daily driver.  DeLorenzo’s Corvette L88 previously crossed the Mecum block in 2014 for a price of $680,000.

Not only is this 1969 L88 Chevrolet Corvette pair due to low production numbers, but they’re also rare due to their history, condition, and build sheet. You may want to start that remortgage paperwork now.