The C7 Chevrolet Corvette is now for sale in the Philippines in a single trim level.

General Motors’ local Chevrolet distributor for the region, The Covenant Car Company, Inc., announced the arrival of the iconic American sports car at the launch of the Chevrolet Motorama 2018 – a large Chevy showcase at the SM Megamall Fashion Hall in Manila.

The Corvette will be offered with the 455 hp 6.2-liter LT1 V8 and eight-speed automatic transmission only, but buyers will also get Magnetic Ride Control. The only trim level offered will be the loaded 3LT, which offers up Chevrolet’s MyLink 8-inch touchscreen with Apple CarPlay and Android Auto and a Bose 10-speaker premium sound system. There are some extras thrown in too, such as competition sport bucket seats and a performance data recorder.

“Bringing such an iconic American supercar in the Philippines is a testament of General Motors’ commitment in the country and the rest of the region. Throughout its history, the Corvette has proven the position of Chevrolet as a leader in producing vehicles with spirited performance and high quality design,” Ian Nicholls, President of General Motors Southeast Asia, said in a statement. 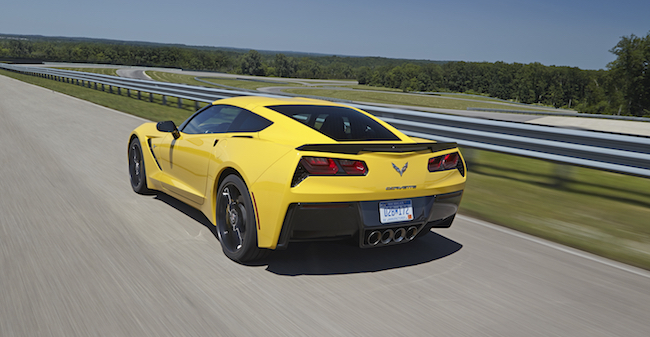 The Corvette won’t be an affordable sports car in the Philippines like it is in North America. Chevrolet Philippines has priced the ‘Vette from 8,546,888 Philippine Pesos – equivalent to $163,053 USD. The country has heavy vehicle import taxes, with vehicles subject to 40% duty at customs plus 10-12% VAT and a 100% tax for engines over 2.7-liters in displacement.

The Philippines made headlines earlier this year when it crushed 68 luxury vehicles and sports cars that had been imported into the country illegally.  Supercars and sportscars are often imported into the country illegally, as the high book value and large engine displacements subject them to exorbitant tax. The vehicles, which included a Lamborghini Gallardo and Porsche 911, were crushed by a large bulldozer driving over them. At least we know this batch of Corvettes will be imported legally. We’re hoping, anyway.