There are certain historic automotive concepts that, while positively brilliant, possess such dubious marketability that it’s for the best they never stepped beyond the concept phase – at least fiscally. Such is the case with the Pontiac Trans Am Kammback – a shooting brake version of the Pontiac Firebird Trans Am, of which just three working prototypes were built.

One of them is going up for bid at Mecum’s Kissimmee auction this coming January, so get your finances in order and buy a one-way plane ticket to Florida if you want to come away with one of the rarest, coolest OEM prototypes ever to roll out of General Motors.

By the time it came along in 1985, the general idea of the Pontiac Trans Am Kammback was already a 15-year-old concept, according to Hemmings. Back in 1970, Chevrolet and Pontiac together investigated the plausibility of producing long-roof shooting brake versions of the Camaro and Firebird, getting as far as the clay model stage. At that point, Chevrolet dropped the idea, but Pontiac kept it going.

That led to a fiberglass-paneled show car, and eventually, a pair of Pininfarina-built steel-paneled ones, but the expense of the conversion kept the Pontiac Firebird shooting brake relegated to the kooky-ideas bin. 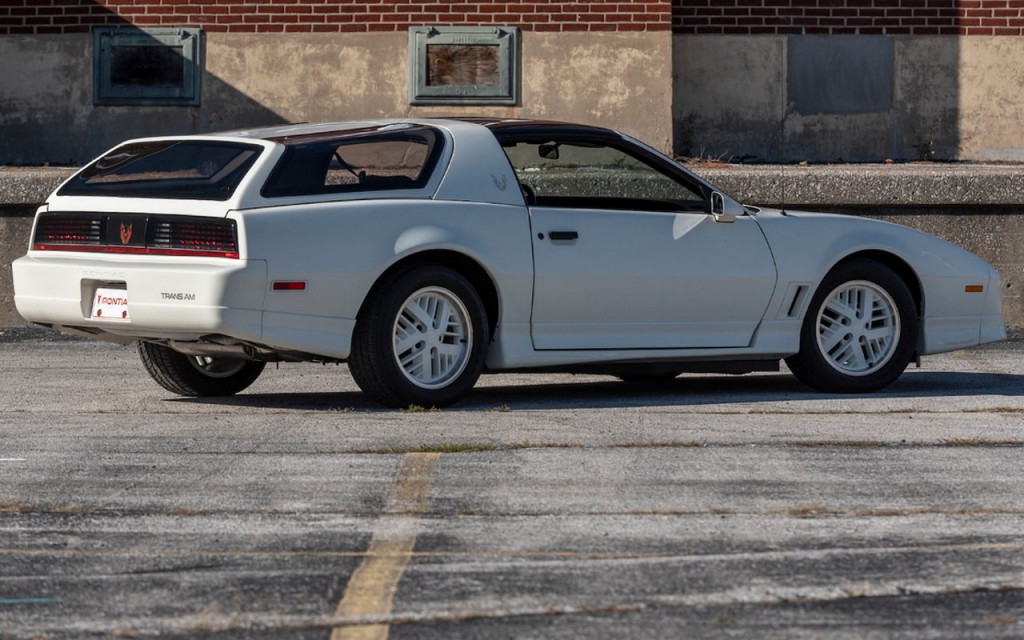 Things changed with the third-generation F-body, though, Hemmings says. The difference was that, while earlier cars used a fixed rear window, necessitating costly fabrication to replace the entire back portion with a long-roof extension, the third generation – like many of the 1980s’ best sportscars – had a big, sloping rear hatch. This meant that extending the roof with a boxy rear cargo compartment only necessitated replacing the hatch, which was a much cheaper proposition.

Ultimately, it too failed to reach production; otherwise, you might well have heard of it before now. But the three factory-built Pontiac Trans Am Kammback prototypes serve both as a cool, interesting reminder of what could have been, and perhaps as a rough blueprint for what the talented home fabricator could build, assuming they have a thing for shooting brakes.

Keep an eye on Mecum’s Kissimmee auction event this January to see how much this very rare Pontiac Trans Am Kammback (link) nets, and stay tuned to GMAuthority.com for more great Pontiac Trans Am news.