The SEMA Show in Las Vegas is a catchall for the automotive aftermarket scene. If you’ve heard of a company, it’s likely there—and there are tons more you haven’t heard of, too. It’s not hard to find things to dislike at the show; however, when you discover something you adore it feels like finding buried treasure. One such gem from the show is this Sling-Ray Corvette which combines a modified Polaris Slingshot with the looks of a C7 Corvette ZR1. It’s tubular.

The build, co-developed by Flo air ride suspension and Bullet Concepts, is wild in its design because even under the Corvette-styled tube frame is some substantial modifications to the Slingshot. One of the most notable changes is the addition of a fourth wheel. Normally, the Slingshot has three wheels, but the Sling-Ray Corvette has four to give it a kart-like appearance as opposed to an awkward trike. The car uses the Slingshot’s tub and then builds the car off of that. 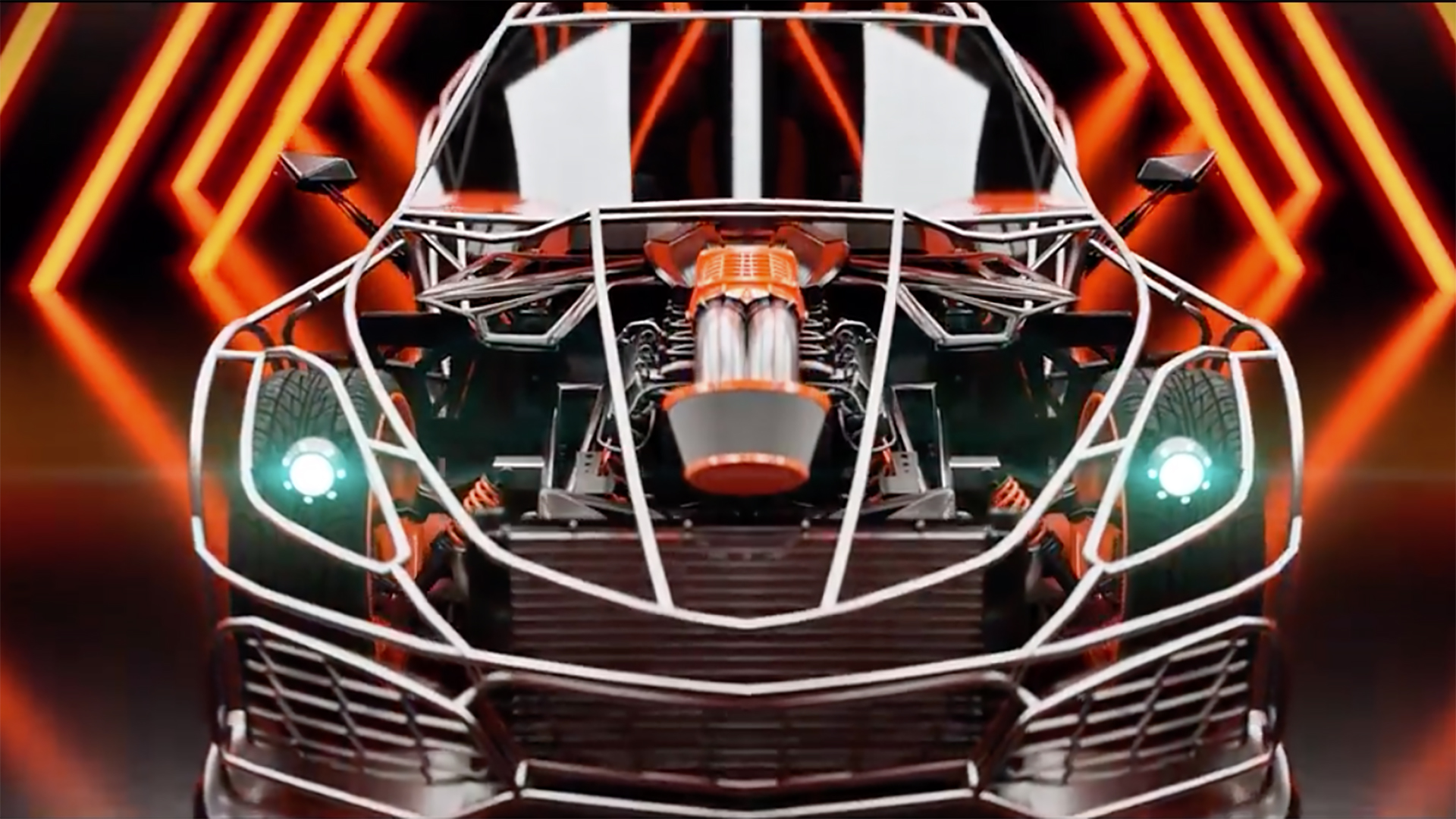 Other modifications include a double-wishbone independent front and rear suspension with JRI racing shocks. The engine is a Chevrolet Performance LS3 V8 crate motor with a massive Whipple supercharger slapped on top. Out of the box, the engine produces 430 horsepower and 425 pound-feet of torque. However, power numbers with the addition of the supercharger weren’t made available. Power routes to the ground through the big rear wheels.

There’s just so much to like about the Sling-Ray Corvette build. It’s unique, looks great, and likely packs enough performance to get you into legal trouble after about six minutes in the driver’s seat. The lightweight design and powerful engine make for a fun combination of speed and agility. It’s one of the show’s better surprises—as there are often many. The Sling-Ray Corvette is in the running for the best of show. It’s rare to fall in love with just one vehicle at the show, but this one could be it.