General Motors’ automotive history is filled with unique creations, rare builds, and exciting one-offs. Some never saw the light of day while others were shown on just a handful of occasions before being swept away to a secret bunker beneath the Renaissance Center in Detroit, or something of that nature. Cadillac has one such automobile that is for sale to the tune of $395,000 – the 1955 Cadillac Die Valkyrie concept, according to Motor1.

It’s okay if you’ve never heard of the Die Valkyrie Cadillac concept car. Cadillac built just a handful of examples – some say one or two while others estimate the automaker may have produced as many as six. It made the auto show rounds in the mid-1950s with initial plans calling for production of 100 units, which never happened. It’s estimated only three made it to the United States. 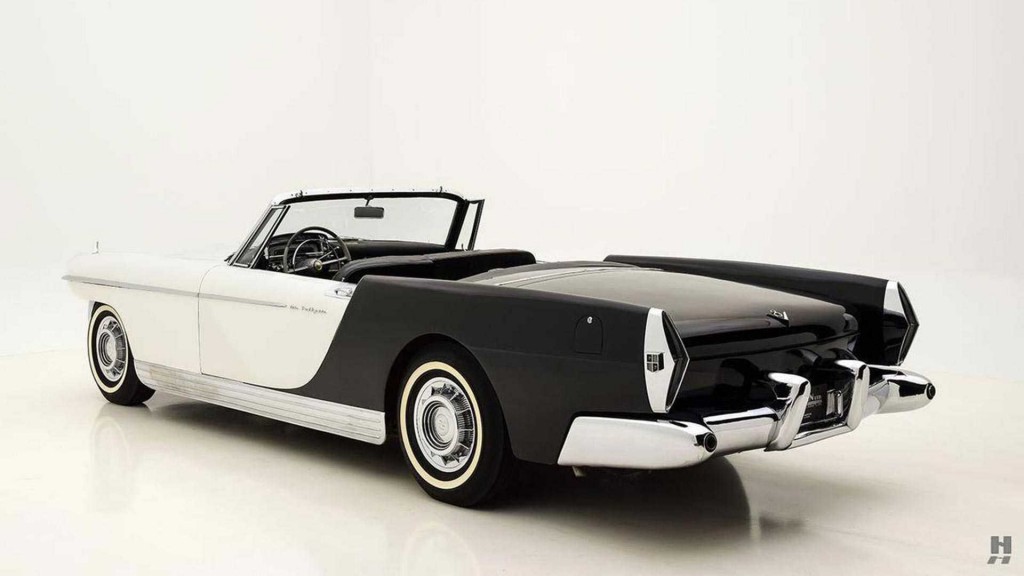 The most striking thing about the Die Valkyrie is the V-shaped front end that looks more like a cattle catcher than the front end of a mid-50s luxury car. Brooks Stevens penned the concept’s polarizing design, which not only includes that front end but a unique design element along the side that helps hide the door line. The wild V up front is decked out in chrome accent, which angles through the headlights and down the side of the body.

Underneath the wild sheet metal is Cadillac Series 60 Special, including the powertrain. Inside, the dash is from a 1953 Cadillac. Spohn Works of Ravensburg, West Germany handled the construction of the Cadillac concept car.

According to Motor1, after the Die Valkyrie Cadillac concept car made its rounds on the show circuit, Stevens gave the car to his wife. After that, the car ended up on display at the Brooks Stevens Museum. The seller says the car has one repaint but is otherwise original, which is a miracle if you think about it. The car has a few blemishes that include a separated seam in the upholstery of the driver’s seat. That’s easy to overlook when you have something few others do.