A recent crop of spy photos shows just how different Chevrolet’s mid-engine Corvette C8 will be from its front-engine (technically, front-mid-engine) counterpart, the Corvette C7. The two very-different iterations of Chevy’s iconic all-American sportscar were spotted side-by-side recently near Germany’s famous Nürburgring motorsports complex, and the resultant photographs allow us to take a good, hard look at how the proportions and styling sensibilities will evolve as the car enters its eighth production generation.

What’s most obvious from looking at the photographs is the extent to which GM’s designers are shifting to a more cab-forward silhouette with the all-new mid-engine Corvette. This makes sense, of course, as the engine will be located behind the driver for the first time, allowing the front section of the car to be shortened while the rear portion necessarily grows longer. 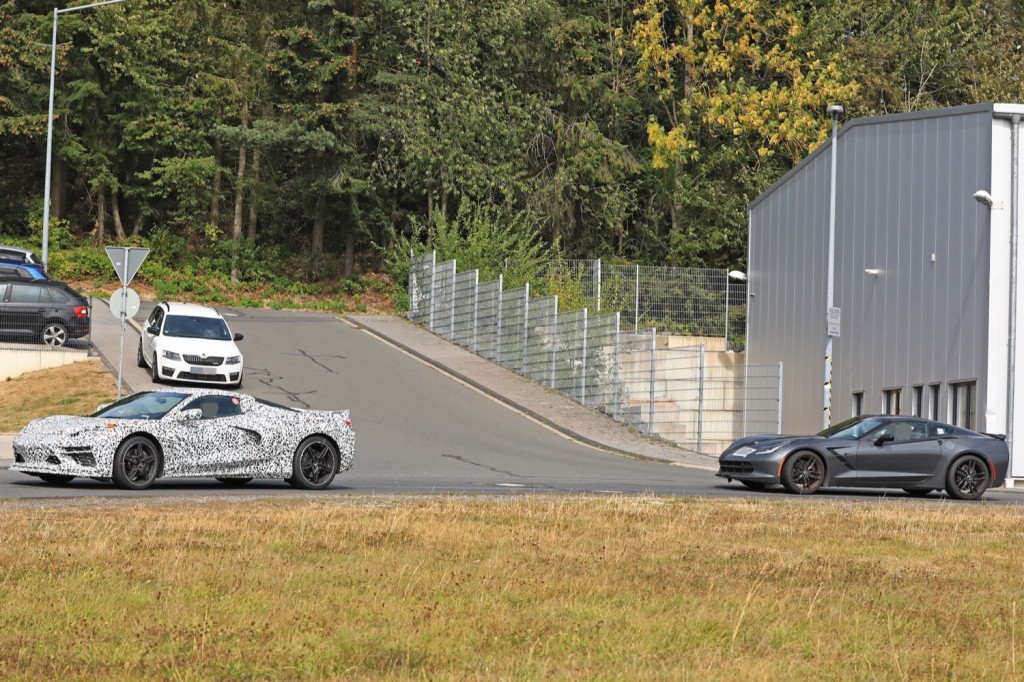 Consequently, the front wheels will move a bit rearward, closer to the A pillars, as they no longer have a front-mounted V8 to sit mostly ahead of. Yet the front and rear overhangs appear to be about the same length on the mid-engine Corvette as on the current C7-generation model, which will for the most part maintain the car’s classic sportscar proportions.

But disappointingly, as much as we hate to say it, the forthcoming mid-engine Corvette appears to have more visual weight than its mid-front-engine forebear, mostly as a result of losing the C7’s long, sleek hood and gently-sloping hatch stretching nearly all the way back to the rear edge of the car. Such is the price of performance, we suppose, but we will miss the C7’s classic, sporty FR silhouette. 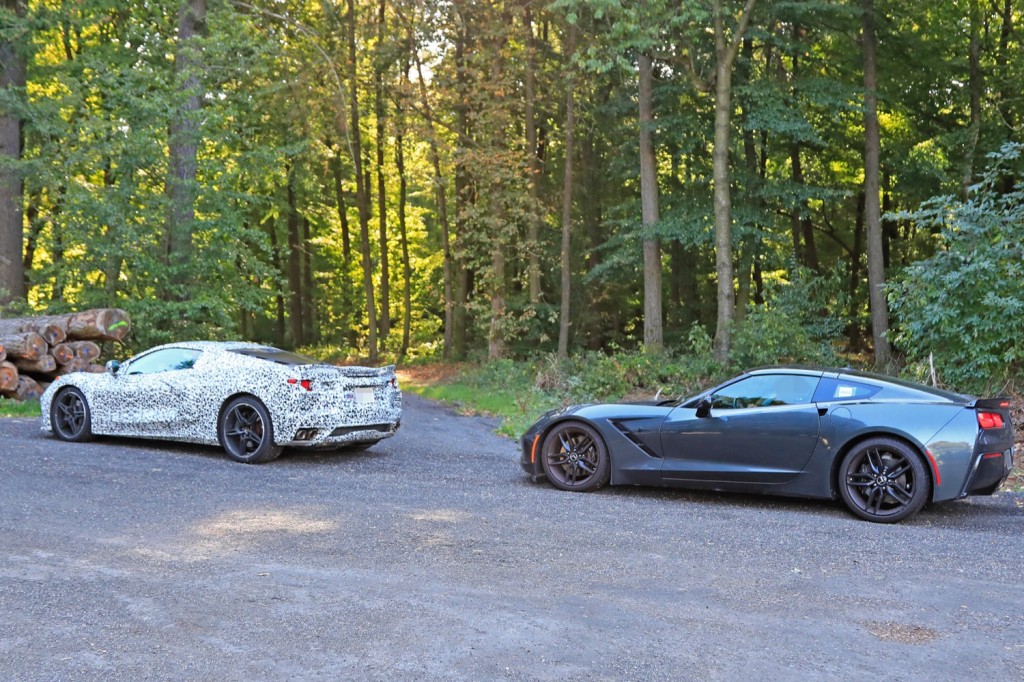 Some of the more minute differences between the mid-engine Corvette C8 and the front-mid-engine C7 include a different wheel design, where the C8’s are directional, and closer to a true five-point star; an exhaust system with four tips split into two pairs, rather than the clustered four-tip design used currently; and most notable of all, big side air inlets positioned behind the doors to feed fresh air to the mid-mounted V8 engine.

The all-new, rear-mid-engine Chevrolet Corvette C8 is expected to bow in 2019 for the 2020 model year, making real a long-held dream of Corvette enthusiasts everywhere: that America’s iconic sportscar be given the sort of rearward weight bias and low moment of inertia it’s always deserved.