Remember Hummer? Originally launched by AM General in the early 1990s to sell a civilian version of the massive, rugged Humvee military vehicle, the brand was purchased by General Motors in the late-1990s, going on to peddle three different generations of all-terrain civilian trucks: the H1, H2, and H3. The latter two were based on simple GM truck platforms, diluting the Hummer brand’s original potency.

But it’s the most hardcore of Hummer’s creations – the H1 – that forms the basis for this vehicle: the Mil-Spec Launch Edition.

The product of a company called “Mil-Spec Automotive”, the Launch Edition is, essentially, a posh modified Hummer H1 with thousands upon thousands of dollars’ worth of upgrades. How many thousands upon thousands of dollars? Well, to give you an idea, Launch Edition Build No. 004 is available for purchase now (link), with an asking price of $249,000. That’s nearly the starting price of a brand-new Ferrari 488 GTB – not that Mil-Spec buyers and Ferrari buyers are necessarily the same sort of one-percenter. 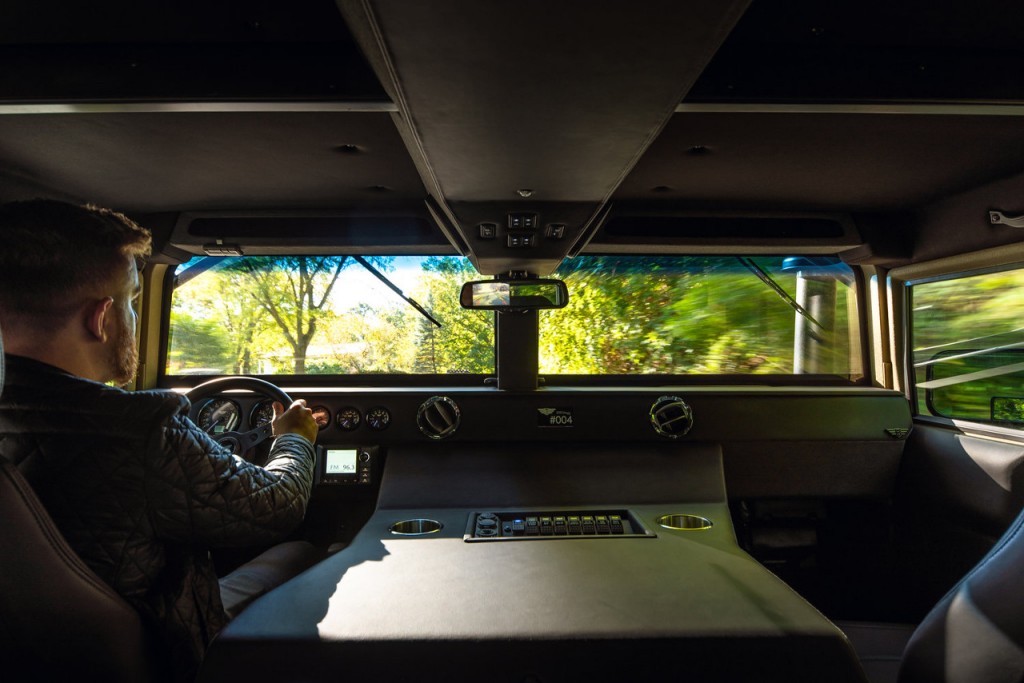 Mil-Spec Launch Edition No. 004 is notable for having 40-inch tires – something not normally offered as an option – and has been configured as a four-door hard-top with a standard-length (42-inch) pickup bed. The exterior is shod in Desert Tan paint, while the interior is finished in a standard Duck Canvas and Black Leather scheme. Extensive modifications have been made to the interior, which features soft, supple leather over virtually every square inch.

In addition to the usual standard equipment, this heavily-modified Hummer H1 boasts nearly $32k in optional extras, including a 12k-pound Warn winch ($2,499), heavy-duty brush guard ($1,749), and even a “Bold Body and Tire Package” ($5,499), which sees the width of the vehicle increased by 7 inches, with an 8-inch wider track. As though the Hummer H1 weren’t already wide enough.

Is Mil-Spec Launch Edition No. 004 everyone’s cup of tea? You bet it isn’t. But for the right military vehicle-obsessed truck enthusiast with an annual income in the six-to-seven-figure range, it’s a dream come true.

Like this story? Be sure to check out some of our other great Hummer news.